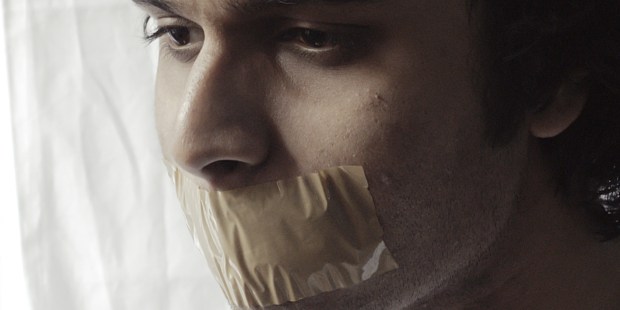 Many cannot identify the amendment that guarantees free speech

If colleges are supposed to be a place of open exchange of ideas and free pursuit of knowledge, they should be given a failing grade.

A national survey measuring the opinions of US college students on the issue of free speech on campus has found that half of today’s students feel too intimidated by peers and professors to share their own beliefs.

Forty-nine percent of participants said they have often felt intimidated out of expressing beliefs that differ from their professors’, including 14 percent who said “frequently” and 35 percent who said “sometimes.”

More than six in ten students (63 percent) say political correctness on college campuses is either a “big problem” (19 percent) or “somewhat of a problem” (44 percent). And a majority (53 percent) say their professors have often used class time to express their own views about matters outside of coursework, including 14 percent who say “frequently” and 38 percent who say “sometimes.”

The Wall Street Journal found some of the findings troubling:

By a margin of 51 to 36 percent, students favor their school having speech codes to regulate speech for students and faculty. Sixty-three percent favor requiring professors to employ “trigger warnings” to alert students to material that might be discomfiting. … Thirty-five percent said that the First Amendment does not protect “hate speech,” while 30 percent of self-identified liberal students say the First Amendment is outdated. With the assault on free speech and the First Amendment proceeding apace in institutions once dedicated to robust intellectual debate, it is no wonder that there are more and more calls to criminalize speech that dissents from the party line on any number of issues, from climate change to race relations, to feminism and sex.

Lauren Noble, founder and executive director of the William F. Buckley, Jr. Program at Yale, said the program was founded to increase intellectual diversity on the Yale University campus and beyond. “This survey shows that we have a great deal of work to do,” she said. “The survey results confirmed some of what we expected, but they also revealed troubling surprises. It is the opinion of the Buckley Program that university campuses are best served by free and open speech, but, lamentably, that opinion is anything but unanimous, the survey shows.”

Perhaps in line with recent studies showing that many American students have not yet mastered the basics of US history and government by the time they get to college, one in three (32 percent) respondents did not know that the First Amendment to the US Constitution guarantees free speech.

Seven in ten (72 percent) say their college or university should be doing more to promote policies that increase diversity of opinions in the classroom and on campus. Almost nine in ten (87percent) agree that there is education value in listening to and understanding views and opinions that they may disagree with and are different from their own.

In 2014, the Buckley Program invited Somali-born former Muslim Ayaan Hirsi Ali, a women’s rights activist who speaks out against radical Islam, after being disinvited from speaking at Brandeis University.