Wagner’s Tannhäuser and the Year of Mercy 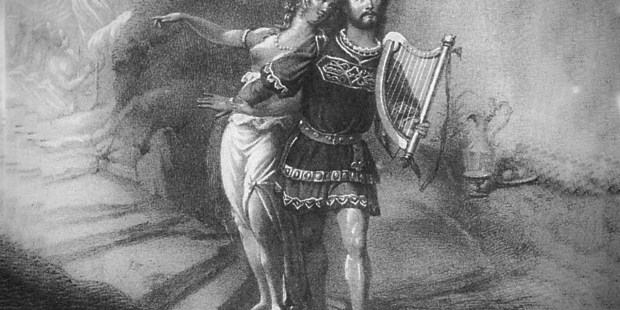 Despite some sketchy sacramentology, repentance and forgiveness have rarely been expressed more magnificently

The New York Metropolitan Opera probably was unaware of the coincidence, but it made a glorious contribution to the Year of Mercy in its production of Wagner’s Tannhäuser.

Tannhäuser is, essentially, a story of the seed that falls upon rocky soil, but through the prayers of others, ultimately blooms and attains salvation. It is a study of the torment of eros and the salvation of agape.

Wagner’s Protestant sacramentology may be sketchy, but the basic theology of forgiveness following repentance has rarely been expressed in more magnificent music. As with any opera, there must be a willing suspension of disbelief, and one has to concede the premise that the goddess of love holds court inside a mountain known as Venusburg, but within that reality the opera is nothing less than a paean to mercy and salvation.

In the opening scene a dream of church bells has wakened Tannhäuser (called Heinrich) from the arms of Venus, in whose underworld he has been dwelling, indulging in fleshly delights. The bells have called him to something more.

“Goddess of pleasure and delight … not in you shall I find peace and repose,” he sings. “Mein heil liegt in Maria! My salvation lies in Mary!”

It is a clear moment of conversion.

But the seed of repentance falls on rocky soil. Heinrich, like many filled with the first grace of conversion, is inclined to pursue his salvation but instead is lured away by the world.

Out of Venusburg, he is next seen kneeling before a shrine to Mary, praising God as a band of pilgrims passes. The soaring Pilgrims’ Chorus is heard for the first time. English words do not do justice to the sublime passion of Wagner’s melody and orchestration: “The salvation of grace is the penitent’s reward … now he attains the peace of the blessed … I will praise God my life long.”

Heinrich considers following the pilgrims, but he is accosted by the Landgrave Herman of Thuringia and other old friends and fellow musicians. At first he tries to continue his pursuit of penitence and forgiveness. But when Wolfram mentions the name of Elisabeth, the most virtuous of maids, who has retreated from the court since Heinrich disappeared, he succumbs to their persuasion. Wolfram had sought Elisabeth but had come to realize that her heart belongs to Heinrich, and he wants her to be happy.

It is a mistake, of course, for Heinrich to return to his previous life. He is not strong; at a bardic contest he succumbs to another temptation. The men of the court are ready to run him through with their swords, but Elisabeth saves him: “Would you rob him of his eternal salvation?” she begs, even as her heart breaks.

So Heinrich goes to Rome as a pilgrim to seek forgiveness. Elisabeth retires from her father’s court to sacrifice her life in unceasing prayer for Heinrich. (Saint Elizabeth of Hungary, by the way, was Landgravine of Thuringia—surely Wagner knew that when he named his character!)

Heinrich makes his pilgrimage as hard on himself as he can, thinking perhaps by this to merit forgiveness. He gets to Rome, only to hear the pope tell him he is not and cannot be forgiven: “If you have enjoyed such sinful delights and enflamed your passions at the fires of hell … you are eternally damned. As this staff in my hand no longer bedecks itself in fresh green … deliverance can never blossom for you.”

We can forgive Wagner this implausible depiction of the pope. So by the third act, Tannhäuser is in despair. Believing himself all alone and damned, he seeks to return to Venus.

Little does he know the grace that has been sought and won on his behalf.

Elisabeth has prayed for him, and in the spirit of Luke 5:19, Wolfram proves to be a true friend as well. He will not allow his friend to go to hell. “Almighty God, stand by this devout man,” he prays, wrestling with Heinrich even as the gates of Venusburg begin to open.

The struggle ends abruptly as the funeral procession of Elisabeth passes by. “Your angel is praying for you at the throne of God,” Wolfram says. Heinrich begs Elisabeth to pray for him, and dies.

Presently pilgrims appear, bearing the Pope’s staff—upon which green leaves have blossomed forth! Tannhäuser has been forgiven—mercy has triumphed. The Pilgrims’ Chorus soars triumphantly and all voices proclaim in immortal melody that salvation is the penitents’ reward.

Salvation has been attained. Love has triumphed over despair.

We’ve seen before us the drama of the human heart. We know and experience what Wagner has portrayed: that the world is much with us, and we fall, and we love others who fall. We are vulnerable to despair.

But in Tannhäuser we see how great art cooperates with good catechesis and establishes its role in evangelization. What a wonderful way to prepare for the Year of Mercy.