How the Polish Celebrate Christmas Eve 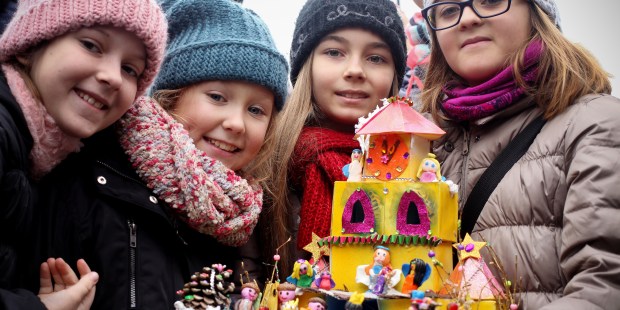 Wigilia is rich with traditions, hospitality and family togetherness

As part of their Christmas series, BBC South Today recently featured the celebration of Wigilia, a Polish Christmas Eve celebration that derives from the story of the nativity. The Lipwin family from Southampton share their celebration with journalist Tom Hepworth.

Wigilia typically refers to the entire day of Christmas Eve and extends until Midnight Mass, held all over Poland and in large Polish communities around the world.

Children usually decorate the Christmas tree on this day, and the Wigilia dinner traditionally begins once the first star has been sighted. Hay is often placed under the tablecloth to symbolize the manger, and an empty chair is left at the table for any unexpected guest.

The meals begins with a prayer and the breaking and eating of a special Christmas wafer, symbolizing the daily bread we all share together. As it is shared, partakers kiss and wish each other good fortune for the coming year. (In rural areas, it is common to feed the wafer to livestock too.) Then there are readings from Scripture and traditional dishes are served, which includes borscht (beet soup) and seafood — often carp. No meat is served at Wigilia, as part of the Christmas fast, but also to honor the animals of the nativity. Typically dinner consists of 12 courses, symbolic of the 12 disciples of Jesus and the months of the year. A big part of Wigilia celebration is also gift-giving, in which the children take a lead role.