A Woman’s Place Is in the Church 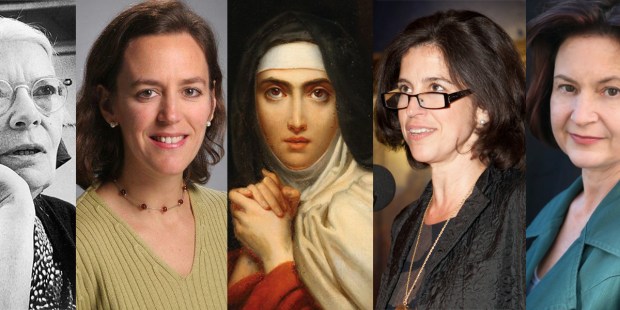 In an age where women have become prime ministers and presidents and have held professional positions of power in society, the Catholic Church’s insistence that women cannot be ordained as priests shocks and dismays many. Pope Francis has affirmed the teaching of his three predecessors by saying, “The door to women’s ordination is closed.” Nevertheless, small groups of activists still push for women to be ordained as Catholic priests.

In the meantime, accepting that the Catholic Church does not have the authority to ordain women as priests, other Catholic women have simply rolled up their sleeves and gotten involved in the ministry and mission of the church.

This is nothing new. From New Testament times women have been fully active in the work of the church, even though they have not been ordained. Down through the ages courageous religious sisters have ministered to the needy, started orphanages, schools and hospitals and served as teachers, administrators, missionaries and mystics.

Nevertheless, in this modern age Pope Francis has called for “a profound theology of womanhood” and the Ethics and Public Policy Center responded by gathering thirty-eight outstanding Catholic scholars, thinkers and church leaders in order to probe more fully the meaning of complementarity in the church.

Twelve papers from the Washington conference have now been published as Promise and Challenge: Catholic Women Reflect on Feminism, Complementarity and the Church. These include contributions from Professor Helen M. Alvare of the George Mason University School of Law and Sister Sara Butler, professor emerita of Dogmatic Theology at University of Saint Mary of the Lake, Mundelein, and by Professor Elizabeth Schiltz, Professor Margaret Harper McCarthy, PhD, Sister Mary Madeline Todd, Professor Deborah Savage, PhD, author Mary Eberstadt, and five other academics, lawyers and top-level church administrators and thinkers.

Dr. Miller’s new book, The Authority of Women in the Catholic Church, sheds light on the essential role women play in the economy of salvation. Her book is a reflection on the nuptial covenant relationship between Christ and his church, and how this determines the ministerial priesthood and the integral cooperation with divine grace through the feminine example.

Neither are all the women involved in secretarial or child care roles. Five years ago 48.4 percent of diocesan level administrative posts were held by women, and at senior levels 26.8 percent were held by women.

Allen observes, “the Catholic Church actually does better than many other institutions. A 2005 study of Fortune 500 companies found that women hold only 16.4 percent of corporate officer positions and only 6.4 percent of the top earner positions. Similarly, a 2007 study by the American Bar Association found that just 16 percent of the members of the top law firms’ governing committees are women, and only 5 percent of managing partners are female. According to a 2004 report from the Department of Defense, women held just 12.7 percent of positions at the grade of major or above.”

Signs of movement are also visible at the Vatican. In 2004, Pope St. John Paul II appointed Sister Enrica Rosanna as the undersecretary of a Vatican congregation on religious life, while Harvard law professor Mary Ann Glendon was appointed president of the Pontifical Academy for Social Sciences. Popes Benedict and Francis have continued this trend, showing that the church has room not only for sisters who (quite voluntarily) scrub floors, answer phones and look after children but also for capable and qualified women who can take leadership roles.

Conflict in the church has always brought about creative and surprising solutions. One of the problems in the Catholic Church is an ingrained clericalism that overemphasizes priestly power and privilege. Rather than suppressing women, the decision to reserve ordination to men has clarified women’s roles and helped to erode the elitism of clericalism. It has also reminded priests of their specific calling and duties, releasing them from many tasks (administrative and otherwise) that are not proper to the ordained ministry, and thus opening new avenues of service to the whole people of God.