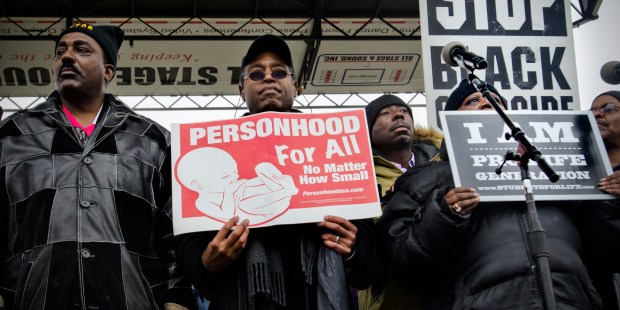 Each January, three observances converge that reinforce each other and summon the Christian world to work together against injustice. January 15 is the birthday of Rev. Dr. Martin Luther King Jr., and on or around that day we observe a national holiday in his honor. A week later, on January 22, we recall the tragic decision made that day in 1973 by the Supreme Court in Roe v. Wade, unleashing a policy of abortion on demand. On or around January 22, large rallies and marches for life are held from coast to coast. And from January 18 to 25 each year, the Week of Prayer for Christian Unity is observed.

Jesus Christ prayed that his followers would be one, as he and the Father are one. Authentic Christian unity does not mean pretending there are no serious doctrinal disagreements between denominations. It does mean working to come to a deeper understanding of what those differences are and are not, as well as recognizing and building on the real unity that does exist in our common affirmation of Christ and his Lordship in our lives and in the world.

That affirmation of Christ requires that we work to fight injustice. In his encyclical letter on Christian Unity, issued in 1995, Pope St. John Paul II wrote, “Many Christians from all communities, by reason of their faith, are jointly involved in bold projects aimed at changing the world by inculcating respect for the rights and needs of everyone, especially the poor, the lowly, and the defenseless … Christians who once acted independently are now engaged together in the service of this cause, so that God’s mercy may triumph” (n. 43).

Both the civil rights movement and the pro-life movement are evidence of this common engagement. Both movements seek to secure equal rights for marginalized human beings, despite their appearances, and to apply to law and culture the promises of the Gospel. Both movements have found their “meeting place” and their “launching pad” in the churches, manifesting this declaration of Dr. Martin Luther King Jr.:

Defending the equal dignity of every human being after birth strengthens our witness to the rights of those in danger before birth, and vice versa. The witness, in fact, is ultimately one: the witness to the one Christ, who restores dignity to every human life.

We are privileged to have, as part of our Priests for Life team, the niece of Martin Luther King, Jr. Ms. Alveda King leads our African American Outreach. Shortly after she began working with us more than a decade ago, she and I were marching arm in arm at the annual March for Life in DC, and I asked her, “Does this remind you of the marches with your uncle in the civil rights movement?” She replied, “Fr. Frank, this is the civil rights movement!”

The pro-life movement is the civil rights movement of today because it embodies and fights for the very same principle: the dignity of every human life, which calls for its equal protection under the law. Dr. King did not advocate only for the equal dignity of Blacks; he advocated for the equal dignity of every human life. The fight against segregation was a corollary of the fight against all injustice.

This past Monday, on the Martin Luther King Jr. federal holiday, I was again with Alveda and her family at the Ebenezer Baptist Church in Atlanta to take part in the annual commemorative service, and multiple times during that service Dr. King was quoted: “Injustice anywhere is a threat to justice everywhere.”

Yet no mention was made of the injustice that occurs in the womb when a child is aborted. In this week, when we have this observance, and when we have the March for Life and in the context of Christian Unity, let us recommit ourselves to end that injustice, along with every other form of violence, and to build a culture of life that admits of no exceptions.

Fr. Frank Pavone is national director of priests for Life and Missionaries of the Gospel of Life.