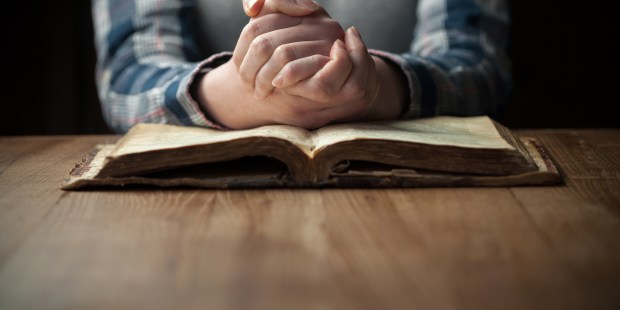 An overachiever’s lesson in letting go

I thought maybe I’d found a Lenten sacrifice cheat sheet this winter when I was reading The Journals of Father Alexander Schmemann, 1973-1983. In an entry dated Tuesday, Jan. 20, 1981, Fr. Schmemann considers what instructions he would give someone eager to be part of a monastic revival. He lays out a rule of daily living:

And I duly dog-eared the page, wondering if I should take some or all of the advice. I wasn’t particularly interested in monasticism, but I figured that some of his strictures might be appropriate for Lent, or even just for my life throughout the year.

I wanted to find something to give up, or some rule to follow, because as a (still fairly new!) convert, I can have a tendency to feel somewhat unsettled in the faith. Sometimes it’s a long stretch from Sunday to Sunday, and even though I’m keeping up with some daily prayers, it feels more like I’m being Catholic on the side, like I’m not really inviting God into the whole of my life.

In truth, I wasn’t attracted to Fr. Schmemann’s prescriptions because I thought they stood a good chance of opening my whole day to Christ; I liked them because they were a little extreme and a lot emphatic. They felt like they might be enough.

Trying to make sure I’ve done my duty by God is, of course, the opposite of cultivating openness to him and what he might ask of me. For me, seeking out an aggressive prayer rule is usually a way of compartmentalizing my spiritual life, reducing it to something I can accomplish every day, in the same way I check off my daily French practice or anything else on my to-do list.

All I have to do is flip back to Fr. Schmemann’s list to see how wrongheaded that is. Right there, in the passage I marked, he warns, “serve where you are needed and not where you think you are needed.” Or, as Eve Tushnet, author of Amends, tends to put it: “The sacrifices you want to make aren’t always the only sacrifices God wants.”

What I need, in Lent or at any other time, isn’t just a checklist of good works and relinquishments but a sensitivity to the needs of others, and to the guidance of God, so I can be ready to move when He moves me, so that I won’t miss opportunities to give or receive mercy because I’m all “squared away for the day.”

The closest I can get to that, in the Lenten rules I wind up setting for myself, is picking something like giving up jaywalking or setting a bedtime. Something that forces me to acknowledge limits. I can’t actually stay up as late as I want and, by so doing, create infinite time for myself. I don’t always have the right of way, on the street or anywhere else, just because I’ve found a clever way around other people.

I hope these kinds of relinquishments of time will bear some kind of fruit, but I suspect that the best reward I could receive from these small sacrifices will be the chance to respond to calls I haven’t planned and scheduled.

This Lent, I hope I do a good job keeping to the commitments I made (though I did jaywalk at the very first intersection on my way to Ash Wednesday’s Mass because I’d forgotten not to), but more than that, I want to respond to any sacrifices God quietly calls me to make, or gifts he invites me to accept. For these 40 days, I don’t want to get too wrapped up in making sure I’ve followed the rules and miss the chance to follow Christ.

Leah Libresco is the author of Arriving at Amen: Seven Catholic Prayers That Even I Can Offer and writes about Catholicism for Patheos at Unequally Yoked.