As Kind as You Don’t Want to Be 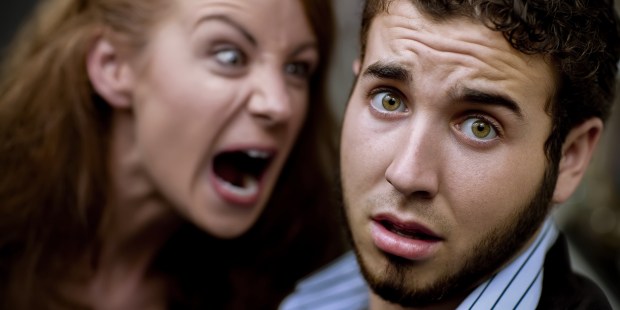 When I met her, she looked at me as if I were the vilest person on earth, even though she’d never heard of me before I walked into the room, and I disliked her in return. We later met from time to time because friends of mine were friends of hers, in the sense of people who had taken up the work of being her friend. She looked at almost everyone as she’d looked at me. She was very, very hard to like. She was known to take a present, open it and then throw it in the trash in front of the person who’d given it to her.

I tried to be nice, because I thought I was a nice person and nice people should be nice. And I was a youngish Christian who knew Jesus wanted me to be nice, because Christians are nice. (I was an Episcopalian at the time, and that is a form of Christianity built upon niceness. Tea and sherry and natural fabrics are involved.) But I could never overcome my instinctive reaction to her malice. Mine was a through-gritted-teeth niceness, which I’m sure she saw through.

Then someone who had known her since their childhood told me she’d suffered horrible abuse as a child. I don’t remember the details, but they made me feel sick. Her reaction was to keep the world as far away as possible. She seemed to hate herself as much as her parents had hated her.

Knowing her story didn’t make liking her easier, because she wouldn’t let you like her. She’d still throw presents in the trash. She’d still look at you as if you disgusted her. I could feel pity and empathy but still couldn’t gin up feelings of affection for her, and my feelings of pity and empathy rarely survived contact with her. But now I could see a little beyond the face she presented the world.

It gave me a reason to try to be kind to her beyond a general moral instruction like the cultural “Be nice” or even Jesus’ “Do unto others.” I could smile at her when we ran into each other and mean it, at least sort of, where before I’d either look away or smile that kind of forced smile that looks like you’re following an instruction manual (“pull back corners of mouth and show teeth”).

In theory, we ought to love others simply because we love God. We should be good Samaritans who care for strangers, because Jesus died for us. Pastors tell you this all the time. Every step in holiness brings an increase in charity. You love God more, you love people more. You see this in the saints and in good people, who act almost like charity machines: See person, see his suffering, care for him.

Yet it’s hard really to hear people’s stories clearly enough to change the way we feel about them. We’re mostly interested in our own stories. For us non-saints, it’s easier to be a good Samaritan when we know who the guy lying on the side of the road all beaten up is and why he’s lying there. Stories help make up what we lack in instinctive charity. When you know someone’s story, you can think more kindly of him, excuse more, forgive more. We should love others because our Father loves them, but having a reason — the kind of reason knowing their story gives us — makes loving them easier.

At least, this has been my experience. I think of judgments of others I made as a young man and want to go back in time and smack myself really hard. These were hurting people, and I didn’t see that. I thought of them only in relation to myself.

If knowing other people’s stories helps us care for them in a way we’d find harder if we didn’t know their story, that fact pushes us to action. These are the two things I’ve tried to do.

First, I try to learn their story when I can. Few people will tell you much, because the stories that help explain them are embarrassing and painful. But we can listen to people we know with that egoless, active kind of listening that picks up bits and pieces of a story that people let drop. People genuinely listened to give away a lot more than they realize.

Second, because you’ll rarely hear the real story, especially if it’s a deeply painful story, to do as Jesus said and judge not. Learn to assume that the person you dislike because he’s so dislikable (at least to you) has a story that, did you know it, would make you care for him and would at least partly dissolve your dislike. Think of others as you would have them think of you.

I still think from time to time about this poor woman I knew. It’s easier three decades later to feel compassion for her, because she’s not glaring at me with loathing. I’m glad someone told me her story so I could feel some empathy for her then, and be kinder to her than I wanted to be.