Deadpool and the Passion of the Christ 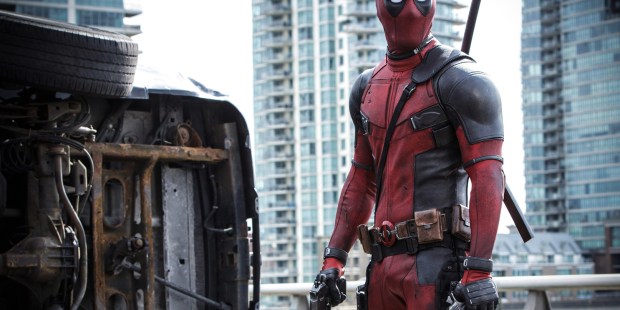 Both films are zealously faithful to their source material, which thrills and sometimes disturbs

Perhaps you’ve seen the headlines such as the one at Forbes, which screams, “Deadpool Box Office on Pace to Dethrone Passion of the Christ as Top-Grossing R-Rated Movie of All Time.” It’s not such an odd achievement when you consider some of the similarities in the way the two films came to be. Both Deadpool and The Passion were labors of love for their respective filmmakers, each of whom accepted relatively small budgets in exchange for creative control in order to be able to bring to the screen a zealously faithful adaptation of their source material. And in each case, audiences have responded to such faithfulness with their movie going dollars.

Of course, that’s pretty much where the similarities end.

For those not familiar with Deadpool, he is basically a parody of some of Marvel Comic’s most beloved heroes. He jokes around like Spider-Man, regenerates from injuries like Wolverine, and kills criminals in cold blood like The Punisher. The gag is that Deadpool is also certifiably insane, so much so that he believes himself to be a comic book character and spends a lot of time making comments directly to his imagined readers, comments often laced with profanity and sexual suggestions. This shtick has made the potty-mouthed powerhouse one of Marvel’s most popular characters and now, courtesy of director Tim Miller and actor Ryan Reynolds, he’s making the transition to the big screen.

The storyline in Deadpool is standard superhero fare, a telling of how the titular character (Ryan Reynolds) gains his super powers and uses them to try to save his fiancée, Vanessa (Morena Baccarin ) from the clutches of the villainous Ajax (Ed Skrein). Honestly, the details of the plot are of no consequence. Much like the comics that inspired it, Deadpool’s narrative is really nothing more than a skeletal framework on which to hang 90 minutes’ worth of jokes and sight gags, most of them delivered in a fourth wall-breaking style by Reynolds, and most of them of the off-color variety.

That last bit is important because one of Deadpool’s main selling points has been its R-rating. Full of liberal doses of profanity, brief flashes of nudity, and occasional bloody violence, the film is most definitely not for children. Most of its potentially offensive material, however, is undercut by large doses of frat-boy style humor. The sexual situations are played for titters rather than titillation and the gory mayhem is kept to the cartoonish level of a Sam Raimi film. The movie is crude, to be sure, but only in the most juvenile sense. That’s why it’s no surprise that Canada has given the film a 14 rating rather than its more restrictive 18 designation; a distinction not found in America’s own often confusing R-rating.

Movies like Deadpool are always a tough call. The film is undeniably funny right from its opening credits, which gleefully insult everyone involved in the making of the movie, and it’s often absurd, such as when we meet Deadpool’s elderly blind roommate who spends much of her time trying to assemble Ikea furniture. But there’s no denying the film also aims to appeal to the baser instincts of the mostly male 20-somethings the comics were originally written for.

The Church rarely calls for the outright condemnation of any particular film because, as it has done throughout history, she encourages us to recognize the good in all human endeavors, even the non-Christian ones. That’s why, when The Vatican released its own list of the 45 most important films of all time, it contained many motion pictures depicting actions which in and of themselves could be considered morally offensive (i.e., 1956’s La Strada) but in the context of their particular films pointed toward something greater. The Vatican applauded the merits of these movies while being careful not to endorse every single thing depicted in them.

In that same sense, Deadpool is not entirely amoral. Through a good portion of the film, Deadpool is accompanied by the heroic X-Man, Colossus (voiced by Stefan Kapicic), who functions as an eight-foot-tall armor-plated Jiminy Cricket constantly trying to steer Wade toward his better nature. And while Colossus’ pleas fall on mostly deaf ears, the mentally unstable Deadpool does still try to stay on the side of the angels by only killing really, really bad guys.

Now, is that enough to recommend you abandon your annual Lenten viewing of The Passion of the Christ in favor of Deadpool? No, of course not. It’s simply to point out that while the movie’s marketing would have you believe the film is basically Caligula in a superhero suit, it’s really more akin to a bunch of high schoolers snickering at their own naughty jokes. And much like many of those teenagers, while Deadpool wants to appear edgy and cool, it still has a good heart at its center.