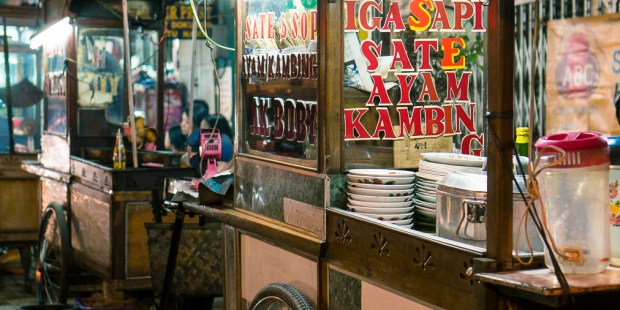 Sharia law being extended to non-Muslims in Aceh province

A woman who sells spirits for a living was publicly caned in Indonesia under Sharia law.

Sharia is Islamic law. The worrying thing about the news is that the woman is not Muslim.

Reporting on the development Time magazine called the move an “unprecedented use of Sharia on a non-Muslim in Indonesia.

Time reported that Aceh has operated under Shari‘a since 2001, when it was declared partially autonomous in an effort to quell a separatist uprising:

Aceh is one of the most conservative provinces of Muslim-majority Indonesia, and the only part of the country that enforces sharia law for crimes like adultery, consumption of alcohol and homosexuality. On the same day, a pair of German tourists were reportedly reprimanded by local authorities and let off with a warning for wearing bikinis at one of the province’s beaches.

A Muslim couple accused of adultery received 100 lashes along with the Christian woman on Tuesday.

Although the religious law was previously only applicable to Muslims, an amendment that took effect last year extended its reach to practitioners of other religions in particular cases, according to an official from the prosecutor’s office in central Aceh.

“This is the first case of a non-Muslim being punished under Islamic criminal bylaw,” the official told AFP.

But according to a local Christian church leader, Sharia has become a way of life for non-Muslims.

“Such things often happen here and we have become used to it,” a local pastor reported to International Christian Concern, a Washington-based human rights organization. “Being Christian here is not easy as the Sharia law is applied to everyone, including Christians.”

According to the US Commission on International Religious Freedom, Indonesia has the world’s largest Muslim population — 87 percent of its population of 250 million. About 10 percent of the country is Christian, and of that number, about 3 percentare Catholic. The commission’s latest report, from 2015, said that discrimination and violence against religious minorities, including Shia Muslims, continued in 2014. That includes imprisonment of individuals accused of blasphemy against Islam and the Prophet Muhammad.