After 1,000 Years, Ancient Philosopher’s Song Comes Back to Life 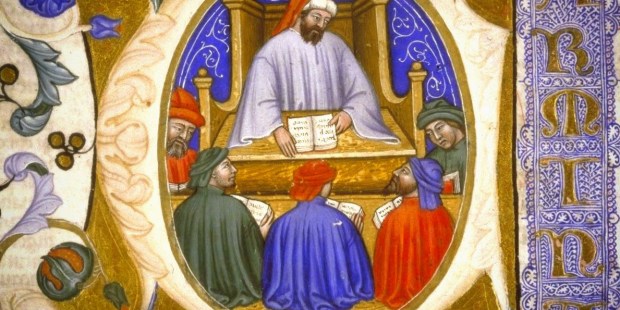 Boetius’ “Consolation of Philosophy” was once a song to be played

Boetius wrote his “Consolation of Philosophy” in the sixth century. It has been considered the latest great work of Classical Antiquity and the most important text ever to influence medieval Christianity and the early Renaissance humanists. But in spite of its relevance, what is not so well known is that it was once intended to be played, sung and accompanied by lyres and flutes.

As read in OpenCulture, professor Sam Barrett, from Cambridge University, committed himself to the painstaking work of rebuilding, rewriting, studying and deciphering a more than a thousand year old system of musical notation, which — to make matters even more difficult — only gives the musicians a few general indications. Back then, musical notation only indicated certain melodic patterns, trusting everything else to both tradition and the musician’s memory.

In these videos, Benjamin Bagby, Hanna Marti y Norbert Rodernkirchen, members of the Sequentia medieval music ensemble, play some fragments of Boetius’ Consolation of Philosophy, as reconstructed by professor Barrett.