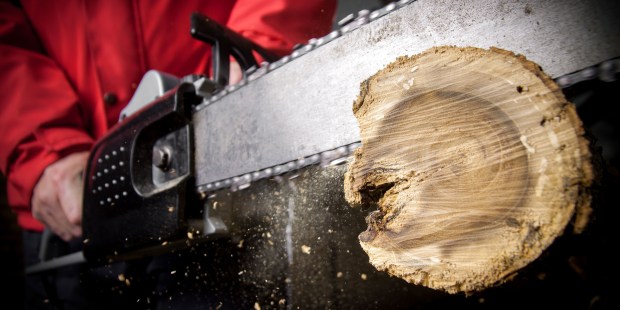 So much of our walk with God is about encountering the inevitable storms of life, and about what the tsunamis that hit us expose in our hearts

They will be called oaks of righteousness, the planting of the Lord to display his glory.—Isaiah 61:3

They were at it again when I woke up this morning: amputating dead limbs from the majestic oak trees that line the brilliant white beaches of Pass Christian, Mississippi, which is perched like a pearl on edge of the Gulf of Mexico. Lying in bed at my sister Jojo’s tranquil beach house, I could hear the saws humming since practically the crack of dawn.

I’ve reflected a lot on the oaks in recent years, especially since they’re the only things that stayed standing when a massive tidal surge slammed these shores during Hurricane Katrina. That, thanks to deep roots grown over many long years, roots that held the trees in place when the “hundred year storm” swamped the entire Mississippi Gulf Coast. And though the oaks survived the hellacious storm, it’s been an ongoing project ever since to trim their dead branches, branches that require constant stripping in order for the trees to grow and prosper.

He takes away every branch in me that does not bear fruit, and every one that does he prunes so that it bears more fruit (John 15:2). I thought of Jesus’ words as I took a long walk beside the beach later in the morning, observing how many dead oak branches still need to be cut off. Like the oaks, we must all encounter the necessary pain of pruning, as the Divine Grower mercifully strips away everything in us that hampers our growth in him. Paradoxically, when God wields the pruning shears it is not for our destruction, but that we might have life. I experienced this first-hand the year my late husband Bernie died, a year when many of my diseased beliefs about God were cropped off as a Category 5 storm blasted our lives.

I’d been dreaming about Bernie when I woke to the sound of saws, probably because yesterday was his birthday. Hit by a massive heart attack seven years ago, Bernie was given the great grace of undergoing a near-death experience, of clearly seeing the condition of his soul, and of being sent back by God to undergo, as he put it, “necessary purification.” Over the course of three long months in the ICU, Bernie suffered profusely as his life was stripped away, all the while discovering inexplicable peace, joy and love as the pruning hand of God reordered the very depths of his soul. Previously a very driven man, Bernie found himself devoid of all power, possessions and productivity, laid bare before a merciful Father who wished to communicate only one thing to his broken son, a mantra Bernie would repeat many times during his short time left on earth: You have no idea how much God loves you.

When Bernie got sick I, too, was in need of radical healing; healing of my trust in God’s unbounded goodness. A deep wound of mistrust in God had festered in me since childhood, keeping me in a defensive posture against a distorted image of an angry, exacting God I believed was out to get me. It wasn’t until an unexpected cyclone hit our lives that those distorted beliefs were cut away, when I personally experienced the miraculous love and goodness of a Father who demonstrated in no uncertain terms that he would not only hold me steady in the teeth of death and devastation, but would do so with unspeakable tenderness and love.

So much of our walk with God is about encountering the inevitable storms of life, and about what the tsunamis that hit us expose in our hearts. Do we trust the Lord with all of our hearts, believing that he’s not out to get us, but that he’s got us? Do we believe that God loves us, that he is good and that he works all things together for our good, even the things we may consider disastrous?

One thing I noticed about the oaks is that they each bear a telling mark of their pruning, a mark that often takes the shape of a cross. The cross that takes shape in their flesh is a sign not only of their struggle for survival but of their pruning, the very pruning that leads to transformation and new life.