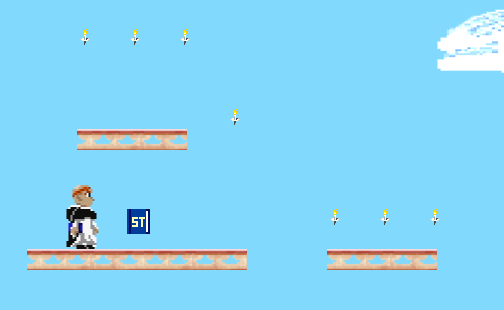 An old joke, relatively well known in certain religious and clerical circles, but especially among members of the Order of Preachers (that is, the Dominican Order), is a dialogue between a Dominican and a Jesuit:

Jesuit: “What do you think are the similarities between Jesuits and Dominicans?”

Jesuit: “And what would you say, Father, is the main difference between Jesuits and Dominicans?”

Dominican: “Well, have you seen any Albigensians lately?”

An online video game, recently developed by two friars of the Order of Preachers on the occasion of the 800th anniversary of its foundation, allows you to be a Dominican friar, dressed in full habit and cape, responsible for converting virtual Albigensians, while collecting candles and fragments of Aquinas’ Summa Theologica, on your way to St. Dominic’s church in DC.

The game, which shares the look-and-feel of the very first generation of Nintendo videogames (like the late 80s classic Kung-Fu, or even Mario Bros. itself), is the work of Father Thomas More Garrett, OP, and Brother Athanasius Murphy, OP, who, according to the website of the Order of Preachers of the Province of St. Joseph, hope the game becomes an inspiration for possible new developments games that can join the wave of the New Evangelization.

To play “Passiontide”, you can click on this link. To move, simply use the arrow keys on your keyboard.