After Death: A husband’s final act of love for his wife 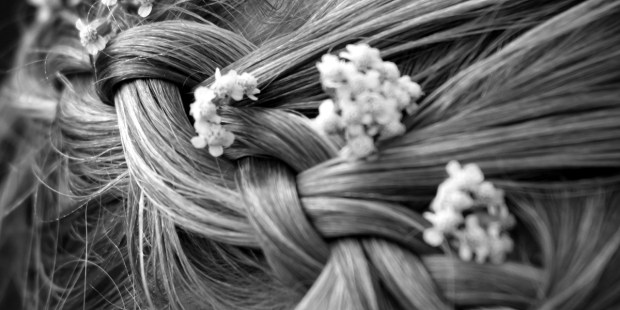 [In January of 2015, Aleteia featured a video about Lizz Lovett, in which she discussed what “death with dignity” meant to her. You can watch it, and become acquainted with this beautiful, awesome and strong woman of faith here. – Editor]

Our culture is generally squeamish about death, and that may partly be due to the fact that many generations have passed since the days — really, just a hundred years or so ago — when it was quite the norm for a family to prepare the body of the departed and hold a wake in the home, before a funeral and interment.

Death is a bit more regulated in the 21st century. Community health codes (and the funeral homes that work within them) have removed from modern society any memory or understanding of what once was, for all humanity, a fairly normal piece of business and a final familiar intimacy between a family and its departed member.

In a certain sense, death has been “sanitized” for our safety, to the point where something in the common human experience has become completely foreign to us. A wife who has perhaps adjusted her husband’s tie for him every Sunday as they left for church does not get to adjust it at the threshold of eternity. More importantly, the long tradition of reciting prayers over a body as it is being lovingly prepared for burial has been lost.

This past July, Ryan Lovett decided he wanted to tap into these ancient Judeo-Christian rituals and prayers as a final act of love and service to his wife, Lizz Lovett, when she passed away after a long battle with cancer.

In the months leading up to Lizz’s death, Ryan thought and prayed about how to honor Lizz once she died, including how to honor her body. The book of Tobit helped inspire his prayers. He noticed how much Tobit risked, and was rewarded, for his reverence for the dead, and realized that both risk and reward must still exist. “This is respect for a Christian and her body, as well as for God’s creation,” he explained. “It seems to me that a proper Christian burial is vital to our call to be good stewards of God’s creation. And in reality, I could think of no more beautiful way to perform a final act of love for my wife at the end of her earthly, bodily life. After all, though she is dead, she is still alive. I want her to know my love for her did not end when she died.” Where it led him and those who assisted in the Christian ritual was something beautiful beyond his expectations.

Tara Chandlee, a close friend of Lizz and Ryan, describes the experience with his permission:

When Ryan asked whether I would participate in the process of preparing Lizz’s body for Christian burial, he warned the group of us he didn’t want any drama; he wanted prayer and service, and he knew it would be both messy and hard. I didn’t hesitate to say yes, but knew I would be challenged in new ways in the process, and that I was above all being trusted with a profoundly intimate and sorrowful experience.

What I did not anticipate were the many gifts of grace — even beauty — that would flow from the ritual of preparing Lizz’s body. I prayed for strength not to be repulsed, not to be weak, not to be fearful. I had never seen a dead person before, and deep inside I feared that confrontation with my own mortality. Lizz had faced her impending death with such strength, dignity, faith, and even practicality. I prayed for a measure of those gifts as I drove to her house an hour after she had died.