Why Christians need to re-think charity and commerce 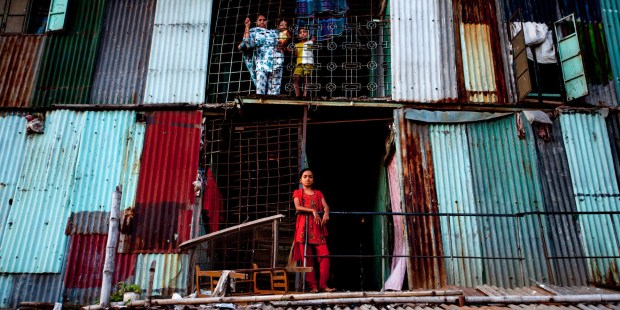 The road to poverty has been paved with good intentions

The social engineering model we’ve been using to address global poverty since World War II seemed to have good intentions behind it, but even President Bill Clinton admitted it hasn’t worked. Christians have bought into this model as much as anyone else—and we continue to send a lot of money to organizations, both religious and secular, to help the poor in developing nations. But where have these dollars gone and how should we approach helping the poor in order to ensure that our efforts on behalf of the needy are actually making things better and not worse?

Filmmaker and researcher Michael Matheson Miller  — director, producer and co-writer of the new award-winning documentary Poverty, Inc. — told Aleteia that how we think about poverty is where we need to begin if we truly want to make a difference:

“The second thing is to actually go back into our own tradition. I talk a lot about the institutions of justice—things like clear title to land or rule of law and access to justice. Those things are not Enlightenment traditions, they’re not foreign to us, they find their sources in the Hebrew Bible, the New Testament, and Christian reflections through the ages.

“So, for example, how we understand work will affect how we understand charity. In Genesis we see that man is called to be fruitful and multiply and subdue the earth. Work comes before the fall; it’s how we reflect the divine image — there’s a time for rest of course, but there’s a dignity to manual labor, as well as to commerce. Dignified work is important.

“There’s a pagan hostility to commerce and servile work, that it’s somehow for slaves and beneath us. This was popular among the Greeks and made its way into Christian Europe — and it’s still common for Christian Europe to have a disdain for commerce, frankly, but I wouldn’t argue that this comes from the Bible, or from the Fathers and the Doctors. They were very clear about it: Commerce is good. And I’m not talking about the ‘prosperity gospel’ or saying that there aren’t dangers to wealth, but that productive labor and commerce are valuable as a reflection of our divine nature, the fulfillment of the command to be ‘fruitful and multiply,’ and for the value it adds for other people.

“An example is private property, which is presupposed in the Ten Commandments and affirmed throughout the Hebrew Bible and the books of the New Testament all the way to the Catholic encyclicals, Rerum Novarum and Centisimus Annus. Private property has economic implications, but even more important, it is deeply connected to family. This is super important for Christians. Without private property, you cannot develop a robust, flourishing economy. Even it were not economically beneficial, it would still be important because it allows families the space to live out their freedom and responsibilities. And where is culture and religion passed down? In the family.

“So we need to go back and understand what our tradition teaches about work, justice, property, exchange — all these things. And we shouldn’t copy a secular views of humanitarianism, or of the market economy that views profit as the highest thing.

“One of the goals of the Christian is to help create the conditions for human flourishing, to ensure the common good. And it just so happens that some of those conditions for humans to flourish also enable the creation of wealth. Now wealth can be dangerous, it can lead you away from God. But commerce and work are not intrinsically evil. They’re not somehow dirty or necessary evils. They are the reflection of  God and the obedience to the commandment to complete creation, to be fruitful and multiply and and complete His creation. This is what Christians need to rethink.”