In Our Communities: US Bishops call September 9 a “day of prayer for peace” 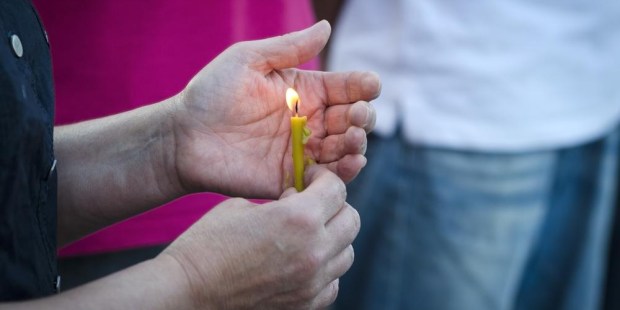 If you are feeling like “Mere anarchy is loosed upon the world…” download the prayer and join in!

Turning and turning in the widening gyre
The falcon cannot hear the falconer;
Things fall apart; the centre cannot hold;
Mere anarchy is loosed upon the world,
The blood-dimmed tide is loosed, and everywhere
The ceremony of innocence is drowned;
The best lack all conviction, while the worst
Are full of passionate intensity…
— W.B. Yeats, “The Second Coming”

We often hear our politicians say “our government is broken” and few seem inclined to disagree. Some might add that our cities, too, seem to be crumbling. In New York, subway riders increasingly feel under siege to squalor and threats to their physical safety. The city of Chicago recently crested 500 murders for the year. When asked, Americans say they feel “less safe” from terrorism. Our general perception of things seems to evoke Yeats’ great and searing poem. Things are falling apart, and centers are not holding.

In light of this, and in consideration of the increased violence and racial tensions in our midst, Joseph E. Kurtz, Archbishop of Louisville and president of the U.S. Conference of Catholic Bishops (USCCB), has invited faith communities across the country to unite in a Day of Prayer for Peace in Our Communities on September 9. The USCCB is encouraging the whole nation to offer a “Prayer for Peace in Our Communities.”

To that end, they have provided us with a downloadable prayer card, with image.