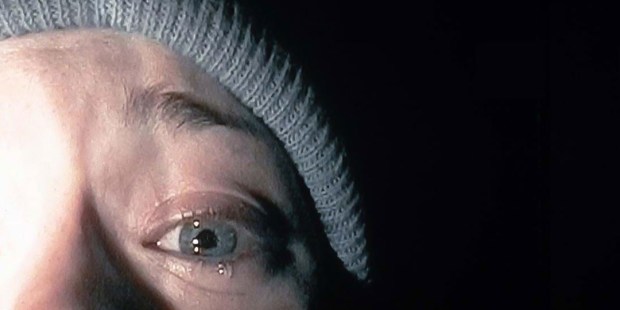 Movie remake sticks close to its shaky (and scary) original

The Bible warns us not to suffer a witch to live, or something along those lines depending on which translation you read. Of course, that injunction was written at a time when more people believed such creatures existed. Nowadays, not so many. As C.S. Lewis noted in Mere Christianity, “If we really thought that there were people going around who had sold themselves to the devil and received supernatural powers from him in return and were using these powers to kill their neighbors or drive them mad or bring bad weather, surely we would all agree that if anyone deserved the death penalty, then these filthy quislings did.”

These days, most self-proclaimed “witches” just turn out be angry feminists with a penchant for wearing ill-fitting corsets and black nail polish. They may exhibit poor fashion sense, but that’s hardly deserving of a death sentence. In real life, it would seem, they just don’t make witches like they used to. In the movies, however, old school witches are making something of a comeback. Earlier this year saw the release of Robert Eggers’ The Witch, an excellent slow-burn creep-fest featuring a truly nasty necromancer. And now, courtesy of director Adam Wingard and writer Simon Barrett, we have the return of one of the most famous cinematic sorceresses of all time, the Blair Witch.

Completely ignoring the first sequel, as most moviegoers did as well, the new film picks up in the present day with James (James Allen McCune), the much, much younger brother of original character Heather, still obsessing over his sister’s disappearance all those years ago. After stumbling across newly discovered footage which purportedly shows an image of Heather, James convinces his three besties to accompany him to the Blair Witch’s old stomping grounds to search for signs that his sister may still be alive. Joined by a couple of local Blair Witch enthusiasts, the group heads into the woods armed with handheld video cameras, head-mounted cameras, flying drone cameras, and any other kind of camera they can think of to document their journey.

Yes, following in the steps of its predecessor, Blair Witch is a film consisting entirely of found footage. Thanks to today’s more advanced technology, however, while there are plenty of obligatory blurry shots of screaming people scrambling frantically through undergrowth, this trip into the woods is not quite as nausea inducing as the original. The variety of equipment also allows for a greater diversity of camera angles and points of view, so visually the film is not as monotonous as the first time around.

The story is much the same, though. Once in the forest, ominous noises are heard and strange symbols begin to appear. When the hapless hikers decide they’ve had enough, trails mysteriously vanish and time becomes wonky. It isn’t long before everyone realizes some unseen force in the woods doesn’t want them to leave. And then, one by one, people start to disappear. It’s only in the final act of the film that Blair Witch begins to deviate from its source a bit. Until then, it sticks as closely to the original as it can.

And who can fault it for doing so? Released in 1999, The Blair Witch Project became something of a cultural phenomenon. While other found-footage movies such as Cannibal Holocaust and U.F.O. Abduction preceded it, The Blair Witch Project’s brilliant viral marketing campaign convinced untold numbers of potential ticket buyers that the images they were seeing were real. While such credulity was short lived, the actual film turned out to be such an effective exercise in the power of suggestion that it didn’t matter in the end whether or not the events depicted really happened. True or not, The Blair Witch Project delivered the frights, and now it’s hard to find a list of the scariest movies of all time that doesn’t at least mention it in some way.

Blair Witch, the new sequel /remake, is unlikely to find a place on such lists. Not that it isn’t scary; there are moments in the film that are just as effective as the original, including one scene bound to give claustrophobes nightmares for weeks. But any familiarity with the tricks of the original will undercut a number of the scares for viewers this go around. And the one thing this Blair Witch does that the original did not, which is to reveal microsecond glimpses of the title character, actually manages to diminish the sense of menace somewhat. While not always true, the old maxim that what is unseen is often more frightening seems to hold true this time around. Blair Witch is fine as far as horror movies go, but it’s no classic.