Why no one should feel comfortable on election day, or after 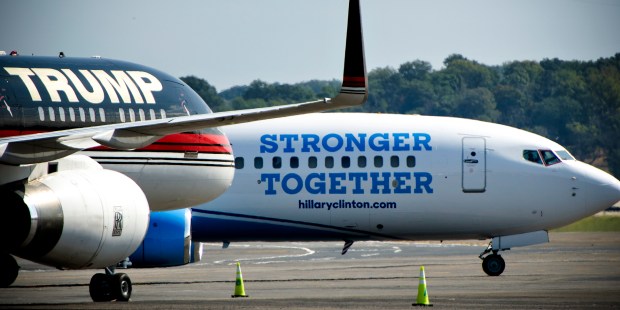 In a most discomfiting election season, let us assume good faith of one another, and pray

We must disenthrall ourselves, and then we shall save our country.

Each election I walk out of my polling station thinking, “I’ve made a huge mistake.” There is no “Catholic” political party because Catholicism doesn’t fit neatly into either party’s platform. It cannot, because Catholicism is, well, catholic: too reasoned-out to please stark partisans.

So how can I ever in good conscience feel that my vote is the Catholic one?

Perhaps I never will. The truth is, being a Catholic in America means that to vote for one party is to miss half of our social justice teachings, and to vote for the other gives short shrift to matters that are, beyond abortion, matters of life and death.

Neither presidential candidate represents a true Catholic option. But many of us will convince ourselves that our choice is the only choice a good Catholic can make. Having seemingly identified the “virtuous camp” and chosen it, we rarely consider that other Catholics — those less-virtuous ones voting for the opposition — are making their choices as earnestly as we are.

I admit to this failing. In my arrogance I have found myself unable to allow others to cast their ballots in earnest without voicing derision at their choices, or thinking poorly of them. And unlike Christ I have failed to authentically seek to understand the “other.”

What might help to curb this tendency, in all of us, is simply to think of that “other” as an actual person — someone who is, perhaps an unemployed blue-collar worker who hears a politician’s promise while a stack of bills grows in his mailbox, or perhaps as mother of a beautiful child with Down syndrome who was repeatedly urged by others to have an abortion. Perhaps another is a repeated victim of sexual abuse, and another is the first college graduate from a destitute family that could not have survived without government assistance. Could their experiences, their frames of reference credibly color their choice?

For a long time, I allowed myself to believe partisan narratives, with their ad hominem attacks, the generalizing and sensationalizing of a mass of people through a few videos, but God has had a funny way of lovingly confounding me when I actually encounter these people.

In the throes of the Vietnam war, Thomas Merton was looking at the increasingly radical peace movement of the progressive Catholic left and the church’s conservative right voicing support for the war. In his eyes, neither embodied Christ. In his journal Thomas Merton argued that the job of the Christian was to try to give an example of “sanity, independence, human integrity, against all establishments and all mass movements and all current fashions which are merely mindless and hysterical… We should act in a way that stays with a clearly recognizable Christian and gospel position.”

A recognizable Christian and gospel position is something I have not yet seen in this election, within either party, or either candidate. That being the case, perhaps we Catholics should engage with differing opinions peacefully and compassionately — encountering the “other” as a child of God, with a story we may know nothing about — and believing that however they are voting, they are doing so in good faith, with an honest attempt to reconcile what aspects of the faith he or she can, between choices few actually like.

No politician will ever fully magnify Christ. And that is where, in confidence we must stand side by side with the “others” and pray to our true shepherd, placing our faith in something bigger than a sound-bite, or a policy that validates our fears. Let us bring our concerns to the Lord in the Holy Eucharist, and place our fears into the Sacred Heart of Christ.

Let’s cast our votes, feel the usual discomfort that we have made a terrible mistake, and then console ourselves that we have acted in good faith. Let’s remember where our true comfort lies. Hint: it is not within any political party. As T.S. Eliot said, “We have to remain outraged by injustice, tireless in our fight for justice, and yet find some sort of peace along the way.” Feel the type of peace that can look Pontius Pilate in the face and say, “I am not of this world.” And then pray for our new president.