Tolkien’s Middle-Earth love story, Beren and Luthien, to be published in 2017 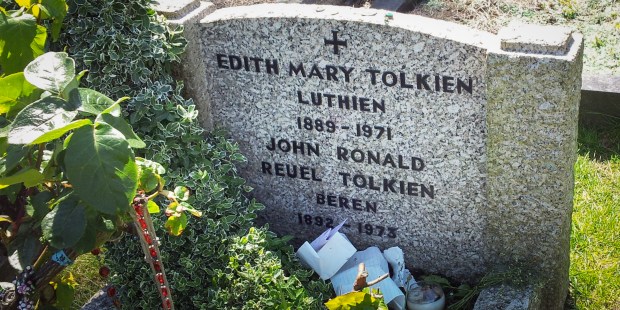 Written in 1917, the story features a heroine inspired by Tolkien’s wife, Edith

After 100 years, one of J.R.R. Tolkien’s most beloved stories will be published for the first time in its own volume. Entitled Beren and Lúthien, the book will contain a mythical tale that was inspired by Tolkien’s love of his own wife, Edith.

In a letter to his son Christopher a year after the death of Edith, Tolkien wrote about the origins of this tale.

“I never called Edith Lúthien – but she was the source of the story that in time became the chief part of the Silmarillion. It was first conceived in a small woodland glade filled with hemlocks at Roo in Yorkshire (where I was for a brief time in command of an outpost of the Humber Garrison in 1917, and she was able to live with me for a while). In those days her hair was raven, her skin clear, her eyes brighter than you have seen them, and she could sing – and dance… I will say no more now.”

In the story, the main protagonist of the tale, Beren, sees Lúthien dancing in the forest and is enraptured by her beauty. The character Aragorn in The Lord of the Rings recounts the scene when talking with Frodo, reciting a portion of the story,

“The leaves were long, the grass was green,
The hemlock-umbels tall and fair,
And in the glade a light was seen
Of stars in shadow shimmering.
Tinúviel [aka Lúthien] was dancing there
To music of a pipe unseen,
And light of stars was in her hair,
And in her raiment glimmering.”

It is a beautiful (and tragic) story of love between an immortal elf and a mortal man, one that is echoed in the romance between the characters of Aragorn and Arwen in The Lord of the Rings trilogy.

Even though Tolkien never did call Edith Lúthien during her lifetime, he had etched on their tombstones the words “Lúthien” underneath her name and “Beren” under his name.

The story is one that was close to the heart of Tolkien and remains a treasure to their children. One could say it was Tolkien’s “love letter” to his wife (she had read a version of it and knew that she was his “Lúthien”).

The book to be published has been edited by his son Christopher and to create the book he “extracted the tale of lovers…from The History of Middle-earth… The story of Beren and Lúthien has evolved since it was first written in 1917, and has been reworked in various forms, including poetry. To reflect this, the new book opens with Tolkien’s original text, before including passages from later texts that rework the tale.”

Beren and Lúthien will be published on May 4, 2017 in the US by Houghton Mifflin Harcourt.