Who can rebuild Christian culture? 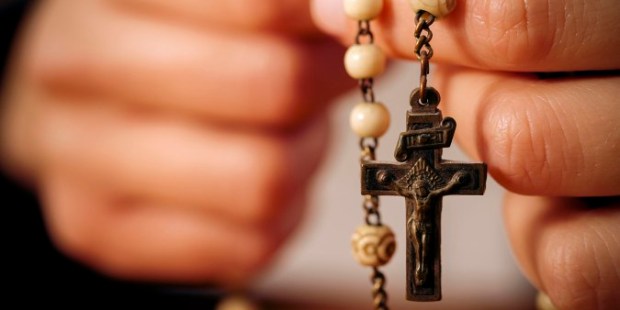 If we wait for somebody else to come and save us, we wait in vain.

The demand that somebody do something has three flaws, namely, the words “somebody,” “do” and “something.” The problem with the first word is that when we speak of “somebody,” we usually mean “somebody else.” Consider this parable:

The problem with the second part of “Somebody do something!” is the tempting illusion that there is something to do—a fix, a solution rooted in human wisdom and effort. This has been a persistent temptation in the 20th and 21st centuries: “We’re just one more program, law, regulation, consultant, 5-year plan or layer of bureaucracy away from utopia!” How can it be that we still fall for that one?

The last word: “Somebody do something.” Even if the right person were doing the right something, would that suffice? Can a great deed do much good if the deed cannot be recognized as good? John Senior wondered (in “The Restoration of Christian Culture”), eloquently and poignantly, about whether we have become so impoverished that we are scarcely capable of receiving the graces that we need:

“So I do not advocate a revival of St. Thomas [Aquinas] any more than I should advocate building replicas of Mont Saint Michel or Chartres. This is not the time of day, to say the least. Nothing short of a miracle could produce a great theologian today, and there is little reason to presume on that because while miracles operate beyond nature they do not happen without reason, and if a great theologian wrote today no one would understand him. The much more likely miracle to expect is the destruction of the Cities of the Plain.” [Genesis 13:11-12 “Abram settled in the land of Canaan, while Lot settled among the cities of the Plain and moved his tent as far as Sodom.”]

Dark thoughts? Perhaps—but no darker than the words of Jesus himself: “When the Son of Man returns, will He find any faith on Earth?” (Luke 18:8)

If we wait for somebody else to come and save us, we wait in vain. If we think that human effort alone can suffice, we think wrongly. If we expect grace to triumph while man mutinies, we expect the impossible.

Do I think it is time to despair? No! With humility and hope, each of us can repent, pray and work. Two years ago, I wrote these words:

“We must make a very sober and humble survey of our opposition, our allies, our obligations and our resources. Our opposition is formidable. Our allies are few in number. Our obligations are great—we must ensure that the lights of faith and reason are handed on to the next generation. Our fidelity to Christ demands it. We must boldly, lovingly, and persistently proclaim Christ. If we do not proclaim Him now, while the storm is still gathering, then we may live to see the day when our children may have to whisper His name in the catacombs. Worse, we may live to see the day when we watch our grandchildren gasping His name on the gallows. Our resources are our greatest hope. The grace of God, the promises of Christ, the intercession of Our Lady and the Saints, and the ministry of the Church are on our side. Let us be good stewards of those resources.”

There’s nothing new in those words. They’re simply a summation of what the Church has always taught, and what the saints have always professed. Saint Ignatius Loyola taught that we’re created for the “praise, reverence and service of God,” and we can always do what we were created for. Let’s keep that in mind the next time somebody yells, “Somebody do something!”

When I write next, I will respond to the question, “What is the Apocalypse, and how can I help?” Until then, let’s keep each other in prayer.