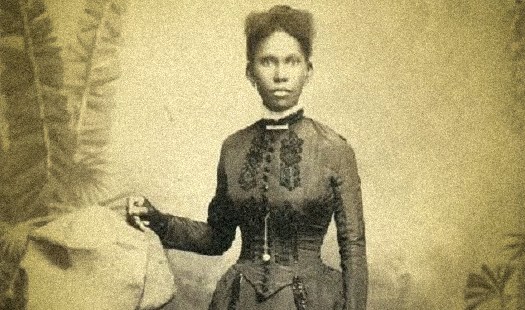 Catholic Black History Month has just come to an end, but this annual celebration led me to the discovery of another “gem”: Meet Mathilda Taylor Beasley.

Oftentimes there is scant or inaccurate documentation with birth records, especially for people born into slavery. That holds true for Mathilda Beasley. It is thought that Mathilda was born Nov. 14, 1832, in New Orleans, Louisiana. Others say she was born in 1834.

Mathilda’s mother’s name was Caroline and she was French Creole. It is not certain if Caroline was a “free” woman or not. Her father’s name was James C. Taylor and not much information is available about him either.

There is a period of Mathilda’s life that trails off into the unknown. It is speculated that she was orphaned at an early age. It is thought that Mathilda’s mom may have died from one of the widespread illnesses that were a constant threat to the people of the time.

It is assumed that Mathilda received her early education from her “owner” who was also her biological father. It is also thought that Mathilda spent time in a Catholic orphanage after her mom passed away. This is where her learning about Catholicism began to grow and flourish. Because of her own circumstances, she developed an understanding and compassion for the poor, uneducated and lonely. What is known for sure is this: In the early 1850s, Mathilda Taylor, filled with an empathy for those less fortunate, moved from New Orleans to Savannah, Georgia. This is where her life’s story is transformed.

In 1817, the city of Savannah passed a law forbidding the education of black children by white and black teachers.  Then, in 1829, the State of Georgia passed a similar ordinance. Mathilda was about 20 years old when she opened up her home to black children as a school. It was a “secret” school. If caught, the penalty for a black teacher, whether slave or free, was a $100 fine and up to 32 lashes with the whip in the public square. White teachers were fined $500, sans the public flogging. Mathilda Taylor was risking her very life to help uneducated children.

Mathilda managed to keep the “school” open up until 1860. Children devised ways to keep their school activities hidden from the authorities. They used different routes to Mathilda’s home, they wrapped their books in old newspaper and even put the books in baskets covering them with wood chips used for fuel. Mathilda’s home even had a hiding place in it if the authorities came knocking at the door. Amazingly, her “underground” school was never discovered. Sadly, there are no school records left to document the school and the children who attended there.

As the Civil War began Mathilda began working as a seamstress and then found herself working at a restaurant called the Railroad House. Here is where she met Abraham Beasley, who was a prosperous free man of color. Besides owning the restaurant, Abraham owned land, a produce market, a saloon and a boarding house. He also earned money in the slave trade.

The records at St. John the Baptist Cathedral confirm that Mathilda was baptized there in early 1869. She and Abraham married on February 9, 1869. They never had any children of their own and Abraham died in September of 1877.  He left his widow five acres of land worth $300 and property holdings on the Isle of Hope, Skidway Island, within the Savannah city limits. Mathilda’s life’s work was now before her.

Mathilda now embraced her Catholic faith without reservation. She gave her inheritance to the Church with the request that part of the funds be used to establish a home for African-American orphans. She also decided to become a nun and in 1885 traveled to York, England, joining the Franciscan novitiate. (It is said that Mathilda met the Poor Clares on Skidway Island and their influence prompted her to travel to England for vows.) She returned in 1887 and opened the St. Francis Home for Colored Orphans.

Around the same time Sister Mathilda formed the first group of African-American nuns in Georgia. From this point on she would be known as Mother Mathilda. The community she founded was associated with the Third Order of St. Francis. Mother Mathilda and her fledgling group faced many hurdles, such as lack of money, being understaffed and being physically attacked at the home. Several attempts to burn the orphanage down were unsuccessful.

Mother Mathilda did whatever she could to keep the orphanage up and running, and even took in sewing to raise money. She operated the orphanage as long as she could take in a breath. On December 20, 1903, she was found dead in her private chapel, hands clasped together pointing toward a statue of the Blessed Virgin. Next to her were her shroud, burial garments and her last will and testament.

Blacks and whites, Catholics and Protestants, attended her funeral Mass. The Savannah Morning News reported there was standing room only. The newspaper called her, “the idol of the poor, especially among the Negroes.” She was buried in Savannah’s Catholic Cemetery.

Today the Mother Mathilda Beasley Society honors her work and promotes her unselfish devotion to those in need. The Society also promotes awareness of African-American contributions within the Catholic Church. Mother Mathilda has been honored as a “Georgia Woman of Achievement.” Her cause for sainthood is under review.

(Information on the Church’s canonization process can be found here)