“Believe,” an old-fashioned Christmas movie for a world so in need of one 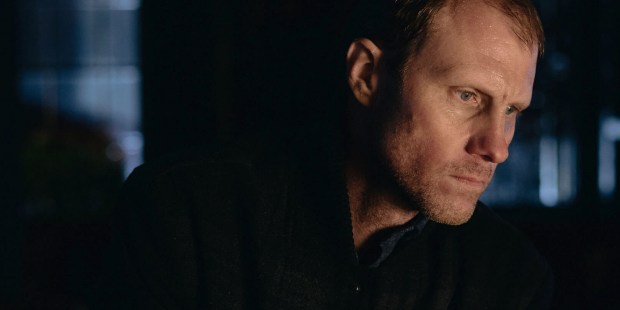 Enough with the raunchy holiday flicks!

It is generally accepted that the first Christmas movie ever made was the 1898 short film, Santa Claus, which, naturally enough, chronicled the visit of good Saint Nick to two sleeping children. More holiday-themed films quickly followed, with the reason for the season, Jesus, finally making the scene in 1912’s The Star of Bethlehem. Since then, silver bells and the silver screen have been pretty much inseparable.

The early days gave us true classics in the genre such as It’s a Wonderful Life and Miracle on 34th Street, films that still tug the heartstrings to this day. Of course, they also gave us stuff like Santa Claus Conquers the Martians, so it wasn’t all good. By the time my generation came along, things had taken a definite cynical turn, but movies like A Christmas Story and National Lampoon’s Christmas Vacation still managed to balance their sharp tongues with a soft heart. These days, not so much. All Hollywood is offering us this Yuletide is Bad Santa 2, a movie twice as mean and half as funny as its predecessor, and Office Christmas Party, a film which posits a man sticking his genitals into a 3-D copier as the epitome of humor. Safe to say, they don’t make ’em like they used to.

The folks behind the new movie Believe would sure would like to give it a try, though. The film chronicles the trials and tribulations of Matthew Peyton (Ryan O’Quinn), the owner of a small town industrial plant which is inexplicably on the verge of bankruptcy. Along with the loss of much needed jobs, the company’s financial woes also mean Matthew will not be able to sponsor the town’s annual Christmas pageant, an event essential to the community’s financial well-being. Once this news gets out, Matthew quickly becomes the least popular man in town.

While driving through the poorest part of town, Matthew is targeted by thugs and severely beaten. He is rescued and tended to by Sharon (Danielle Nicolet), an out of work nursing student, and her overly-enthusiastic son Clarence (Isaac Ryan Brown), a young lad whose singular dream is to play the angel Gabriel in the soon-to-be defunct Christmas pageant. When a winter storm settles over the town, Matthew reciprocates this act of charity by inviting Sharon, Clarence, and their equally impoverished neighbors to stay in his mostly abandoned factory.

Unfortunately, there are some who might stand to benefit from Matthew’s continued troubles, and can’t have his actions generating good will among the townsfolk. Invoking a local ordinance that prohibits unsanctioned homeless shelters, these forces demand Matthew toss his guests out into the freezing cold. Now, not only must Matthew face the likely loss of his family business and the ire of the entire town over the canceled pageant, but he might also have to turn his back on those in need. Will Matthew give in to despair and surrender to the inevitable, or will he follow the example of the incessantly cheerful Clarence and have faith that things will work out?

As Believe strives mightily to be an old-fashioned Christmas movie, figuring out the answer to that question shouldn’t be very hard. In fact, it’s relatively easy to determine precisely where the story is headed about 30 minutes in. But mystery isn’t really the point in Believe. Instead, writer/director Billy Dickson seems mostly interested in providing a straightforward family-friendly PG-rated film (even the thugs in this town don’t curse) peppered with mild doses of populist politics and enough generic God-talk to keep the faith-based target market happy.

At two hours, though, Believe is perhaps a bit overstuffed with too many moments of earnest sermonizing. About the seventh or eighth time Matthew is lectured to trust that there is a plan behind everything, one starts to wonder if the film wouldn’t be better if it had slimmed itself down to 90 minutes or so and trusted the audience to get the point the first few times someone monologued on faith. Still, if you’re looking for an old-fashioned alternative to Hollywood’s standard holiday-themed raunch-fests, you could do worse than Believe. It’s more Hallmark movie than true classic, but at least there’s nobody sticking their genitalia in places where it doesn’t belong.