This is not a camera trick: Artist performs Jack Johnson’s “Upside Down” upside down

“The song reminds me there is always a positive way to look at things,” says the Catholic artist

Luca Fiore, the uber-talented guitarist (who holds the London GIGS Championship title to prove it), recently premiered his latest video: a cover of Jack Johnson’s “Upside Down.”

And before you think the is a sly camera trick, the Italian-born artist actually recorded the whole thing upside down, guitar and all. Fiore wrote into Cecilia sharing the reason behind the song choice and a look inside the complicated filming process:

The idea for the video came to me while I was on the metro in London returning home from a concert. This song over time has become like a travel companion, accompanying me on thousands of adventures. It reminds me that there is always a positive way to look at the things that happen to us, including the things we don’t like so much, and that “every day is a new day that no one on this earth has lived,” as Fr. Turoldo says. Every new day is unpredictable and full of endless possibilities.

Between my initial idea and the making of the video there were months of work. I was very fortunate to be able to collaborate with Federico Scaglia, who directed my first official music video, “Get Up!”

In particular, though, I wouldn’t have been able to make the video happen without the help of my father, who came up with and constructed the support that would hold me and and my guitar upside down. He used things like climbing ropes, carabiners, harnesses, and a transparent nylon string for the guitar.

The recording, though, was not without its difficulties: I remember during the first takes, the carabiners holding the guitar broke all of a sudden. If I hadn’t had quick reflexes (while hanging upside down no less!), the guitar surely would have broken when it crashed into the marble floor below. I kept the carabiners as a reminder of the adventure.

Pick up Luca’s new Behind the Clouds album on iTunes or give a listen on Spotify. 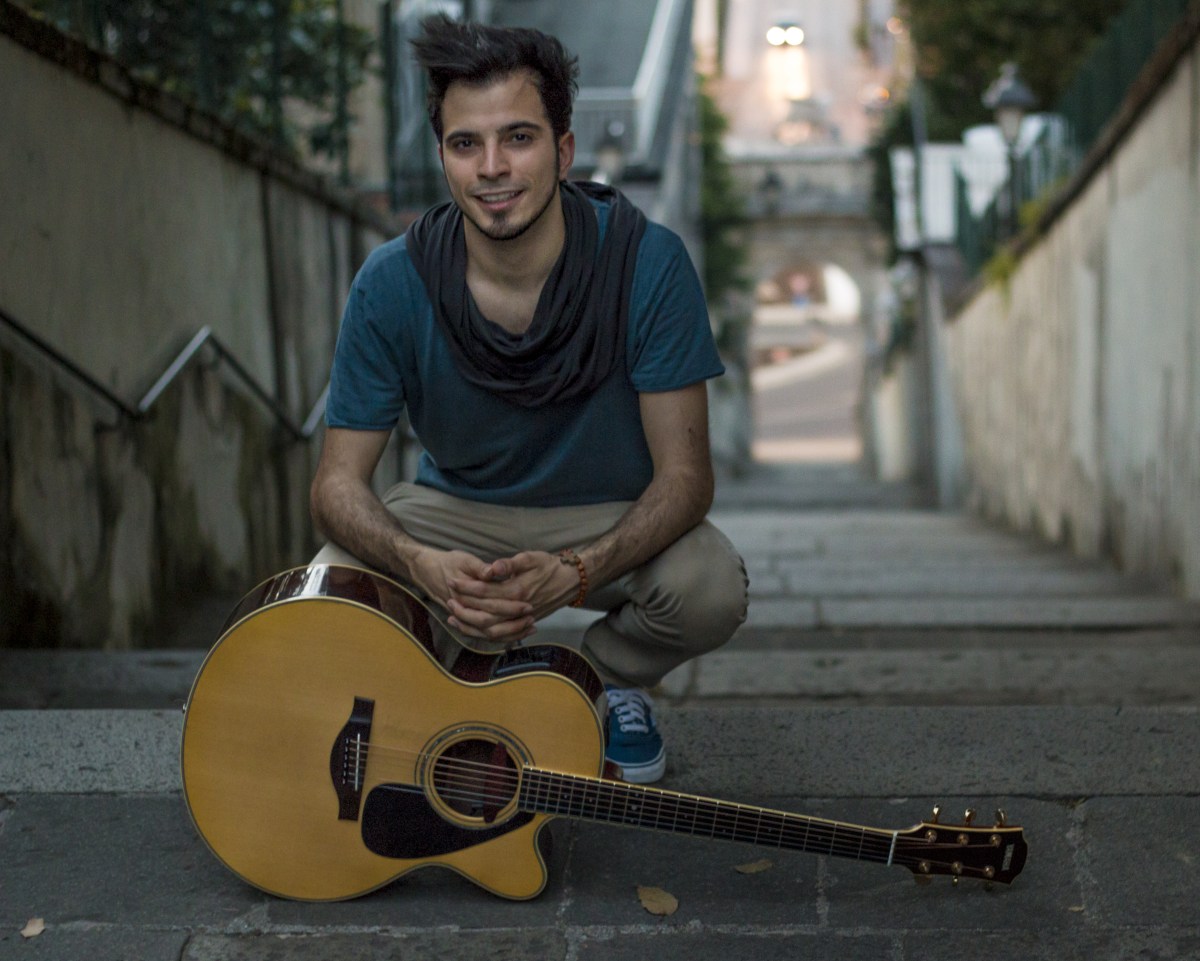