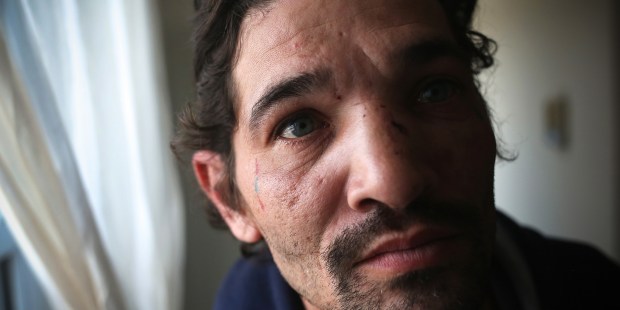 For Charlene Hipsher of Roane County, Tennessee, an old Billy Joe Shaver song has a lot to say about a new phenomenon in the US, and how they’re trying to deal with it in her neck of the woods.

“I’m just an old chunk of coal, but I’m gonna be a diamond some day,” the song goes.

Hipsher and her colleagues are seeing lots of chunks of coal in their work, but rather than burning them, they’re encouraging the diamonds to emerge.

As an assistant to the local prosecutor, Hipsher has been instrumental in the setting up of something they’re calling “recovery court.” The old chunks of coal are the people who have come through the court and could have been sentenced to jail time for their use of illegal drugs. Instead, they are encouraged to find treatment.

“Roane County is such a beautiful part of the country, with lush mountains and beautiful rivers,” Hipsher told National Public Radio in Kingston, Tennessee. “But we do have a terrible problem here, and it’s opiate addiction.” It’s “tearing our community apart.”

Hipsher says recovery court is “intensive supervision and treatment” that provides addicts an alternative to a jail cell and the opportunity to overcome their addiction.

“Recovery Court is intensive supervision and treatment, an alternative to a jail sentence, that gives a person an opportunity to work on the addiction and hopefully leave the program as a productive citizen within the community,” Hipsher said.

Some experts have proposed alternatives to prison for some time now. Commenting on a recent stabbing death in a town in West Virginia that has been hard-hit by the influx of opiates, Eli Baumwell, of the state’s American Civil Liberties Union affiliate, said it’s easy to understand the call for harsher treatment of drug offenders. But, particularly in regards to young people, “sympathy and understanding” are what’s needed.

“Far too often, these are youth coming from homes where drug abuse is present; many of them are also acting out of economic necessity—trying to provide for struggling families,” Baumwell said in an op-ed piece.

“Aside from familial and financial factors, there are scientific reasons not to resort to harsh penalties,” Baumwell wrote in response to a call from Police Chief Joe Ciccarelli for long jail sentences. “Adolescent brains are still developing. They are more prone to impulsive behavior and short-term thinking. This means that youth are not going to be thinking about long sentences when they get involved in these activities. It also means that, despite what Chief Ciccarelli said, they are still very capable of learning from mistakes and being set on a different path in life.”

Back in Roane Country, General Sessions Judge Dennis Humphrey, who is also the recovery court judge, is heard on the NPR broadcast speaking to participants in the program as they stand before the bench.

“Ashley,” he calls out to one. “Come on up. I understand you’ve had a pretty rough week, and we all sympathize with you on that. But it’s encouraging to hear how serious you are about your plan.”

To another, he is playful: “You should have heard someone talking about you a while ago. She said, ‘I am proud of Gabby.’”

Humphrey tells the NPR interviewer, “We’ve learned that more jail, more jail, more jail does not remedy the problem. But something in the nature of a drug court does, to get to the hear of their problem, try to remedy that, try to work with them, to show them that we do care about what’s happening.”

Both he and Hipsher believe that those who go through the program have had a personality change.

Referring to the country song, Hipsher says there is “something beautiful… just beneath the surface” in the addicts who come through the court. “If treatment were available, I just think there are diamonds getting ready to bust out all over the place.”

Read more: When someone you love is an addict