Why you should try that “Saint’s Name Generator” in 2017, and maybe more than once 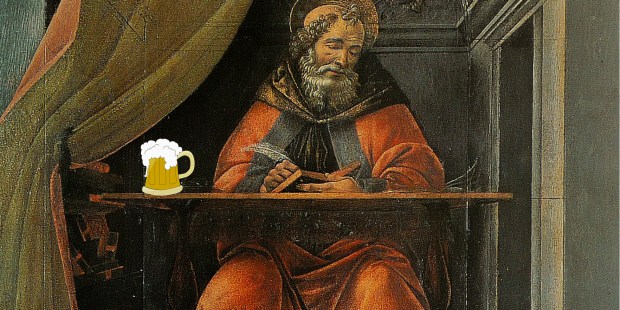 Accepting a patron saint for the year — or for a month, or for a circumstance — gives you a chance to say, “Teach me what you know…”

If you are a Catholic, you have doubtless in recent weeks come across a link to this automatic Saints Name Generator, a device designed a few years ago by author and radio-host Jennifer Fulwiler as a means of replicating, online, the old custom of “pulling a patron saint” for the new year.

Prior to the internet, one’s patron would come by way of a pious friend, often a religious, praying for your intention and then “pulling” a random holy card from a pile. Voila! Your patron saint at your service! With Fulwiler’s tool, that selection process now looks like this:

What’s the point of the pull? Over the course of the year, one is supposed to not only learn about the saint’s spirituality and try to incorporate what one can into one’s own spiritual practices, but also to entrust one’s intentions to his or her prayerful intercession. In doing so, one learns to trust in prayer, and grow in heavenly friendship.

As with anything, though, you only get as much out of such a relationship as you put into it. The saints are mannerly — if you don’t engage them, they generally won’t nag you — so it’s important to start the daily conversation with them.

O Saints, teach us what you know!

I did this poorly, for years, until a Dominican nun set me to rights. “The saint chooses you,” she said, “not the other way around.” The implication was that if a saint cared enough about me to knock, I’d be a fool not to open the door. With this in mind I decided in 2010 that I would daily greet the patron she had pulled for me, Saint Philip Neri, with a sincere plea: “O Philip Neri, teach me what you know!” I read up on Philip’s life, and regularly read his many maxims throughout the year, and 2010 became — quite literally — one of the most adventurous, memorable, and joy-filled years of my life. And Neri’s fingerprints were all over it. Seven years later, he is still my great friend in heaven, a patron so attentive that I have not felt the need, in several years to “pull a saint.”

This year, however, because Fulwiler’s machine kept showing up in my awareness, I felt like I was being nudged to seek a patron. I paused to ask the Holy Spirit to participate and then clicked to discover my patron for 2017: Saint Charles Borromeo.

I laughed out loud when I saw it. At that moment I only knew one thing about Saint Cardinal Borromeo — that he had been great friends with Philip Neri. But of course!

But having done a little reading since then, I have learned that Borromeo is the patron saint of catechists and seminarians, and also of the obese and the dieting, and now I see quite clearly that his patronage comes as the answer to two prayers I had made, with great intensity, only days before my “pull.” The first was on the issue of food and weight, and the second was for wisdom concerning a doctrinal point and our teaching. Clearly, this is the man I need to seek out.

As I had spent a great deal of time with Philip’s maxims in 2010, I believe I’ll be in the catechism with his friend Charlie, in 2017. This will be the year I end my morning prayers with “O Charles Borromeo, teach me what you know…” and I will be open to the lessons.

If you have wondered whether you should work with patron saint, I recommend it heartily. Or, if it seems too daunting to you, click a patron for a single month, or even for one specific circumstance in your life, and then be open to being taught. The saints in heaven have a great deal to teach us!