What it took me 25 years to understand about Shakespeare 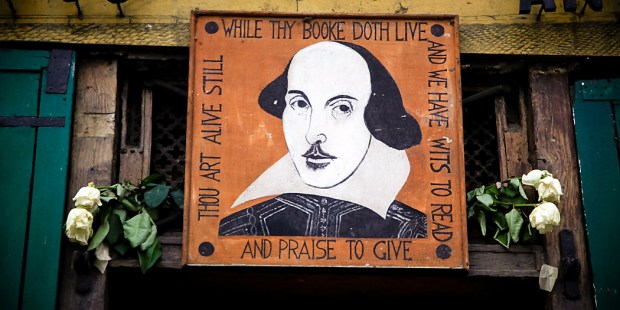 Having tailored my undergraduate coursework to the sciences, I have always sensed something missing in my formative years of education.

I remember reading it.

But I didn’t understand it.

And perhaps, as a 9th grader, that was okay. After all, William Shakespeare’s Hamlet – with its dark scenes, stilted language and odd (to a 15-year-old’s mind) soliloquies – paled in comparison to my teenage crush on Stephanie and my devotion to Roseville Raider football.

But my 9th-grade teacher, Mr. Pass, insisted that Hamlet matters.

And so, for a few short weeks during my 9th-grade year, my days encountered the ghostly apparitions of a wrongfully dead father, the treachery of an indecently crowned king, and the angst of a brooding, embittered son.

Before long, I was seated in the darkness of Minneapolis’ Guthrie Theater watching the apparition of Hamlet’s father, the nonsense “wisdom” of Polonius, the hysterical songs of Ophelia and the agonized musings of the tormented Hamlet.

By I still didn’t get it.

The language was too thick, the mood too oppressive and the characters impossibly removed from my everyday experience. At least, that’s what I told myself. Mr. Pass’ class was my only B in high school. And I was lucky to get that.

Years would pass and my studies would become singularly devoted to becoming a doctor. Having no physicians in my family and wanting every possible advantage to gain acceptance to medical school, I severely tailored my undergraduate coursework to the sciences. Biology, anatomy, physiology, organic and biochemistry ruled my days and even my required humanities and social science credits were consumed by classes like psychology and the sociology of death and dying.

William Shakespeare was nowhere to be found.

However, as I went through medical school and residency and passed through the last 13 years of practice, I have always sensed something missing in my formative years of education. While the sciences provide a grand body of salient facts and offer a sound method for critical thought, there is a richness of human experience they leave woefully untouched. There are stirrings in human souls (including my own) that I encounter every day in my practice of which sensible science can say nothing. The craving for dignity, the desire for purpose, the angst over suffering and the awe over unexpected grace. Daily I see the hopeful and the tragic, the burdened and the liberated, the gritty and the transcendent. And my patients see it, know it and feel it too.

And so this year, I re-approached William Shakespeare and Hamlet.

And I was stunned.

There, in the darkest shadows of Elsinore Castle, came words that spoke of desperation,

O that the Everlasting had not fix’d
His canon ‘gainst self-slaughter! O God! God!
How weary, stale, flat and unprofitable,
Seem to me the uses of this world!
— Hamlet (in angst over his father’s death)

O, my offense is rank, it smells to heaven;
It hath the primal eldest curse upon’t
A brother’s murder!…
What if this cursed hand
Were thicker than itself with brother’s blood,
Is there not rain enough in the sweet heavens
To wash it white as snow?…
My fault is past. But, O, what form of prayer
Can serve my turn? “Forgive me my foul murder”!
That cannot be; since I am still possess’d
Of those effects for which I did the murder.
— King Claudius (on the murder of his brother, Hamlet’s father)

Alas, poor Yorick!
I knew him, Horatio: a fellow of infinite jest, of
Most excellent fancy; he hath borne me on his
Back a thousand times, And now how abhorred in
My imagination it is! My gorge rises at it. Here
Hung those lips that I have kiss’d I know not how
Oft. Where be your gibes now, your gambols, your
Songs, your flashes of merriment that were wont to
Set the table on a roar?
— Hamlet (holding and contemplating the skull of his childhood court jester)

William Shakespeare spoke infinitely more to the depth of human experience than science ever could. And yet this is no denigration of science…it is a simple reordering of science to its proper place. Or as Bruce Springsteen sang in his lark, Frankie Fell In Love,

In re-reading Shakespeare, I came to realize that my mad-dash, pragmatic plan to self-actualize for my career in medicine was a mistake. My formation was a bit stunted by having bypassed the infinite genius of the Bard. Fortunately, I am making up for lost time.

Therefore, I would humbly, but emphatically warn against an increasing trend in education to institutionalize my mistakes by jettisoning the brilliant human insights found in the deep consideration of Shakespeare, Austen, Dostoevsky, Dante, Chesterton and countless other literary geniuses. I would counsel the cultivation of the moral imagination to be gained from these works and, with it, a sense of the deeply human lit with a spark of the divine. After all, this is clearly observable in our every day lives… if we will only see it.

I remember reading Hamlet long ago.

I didn’t understand it.