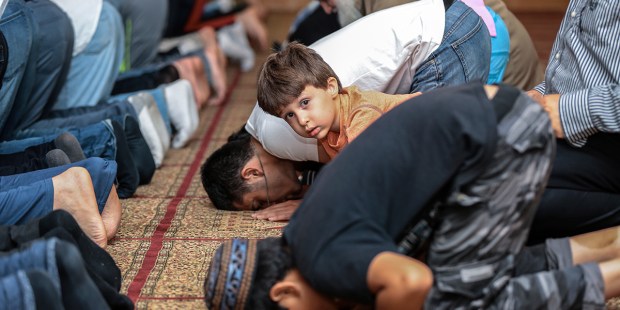 “We’ve got a lot of building for a small number of Jews,” says synagogue president. “We feel for them.”

The small Jewish community of Victoria, Texas, just handed the keys to their synagogue to their neighboring Muslim worshipers, after the only mosque in town was destroyed in a fire. The Victoria Islamic Center was burned down last Saturday — it had been burgled before — and the cause is currently under investigation by federal officers.

But in the meantime, Robert Loeb, the president of Bnai Israel, headed to the house of Dr. Shahid Hashmi — a surgeon who’s also one of the mosque’s founders — knocked on his door, and gave him the keys to the synagogue, so the Muslims could have a place to worship while the mosque is rebuilt. “We have probably 20 to 30 Jews in Victoria,” said Loeb, according to Forward.com, “and they probably have 100 Muslims. We’ve got a lot of building for a small number of Jews. Everybody knows everybody; I know several members of the mosque, and we felt for them. This is sad for everyone in the community and as Jews we especially have to feel for the Muslim community. When a calamity like this happens, we have to stand together,” Loeb added.

To read the whole story, as published by The Independent, you can click here.