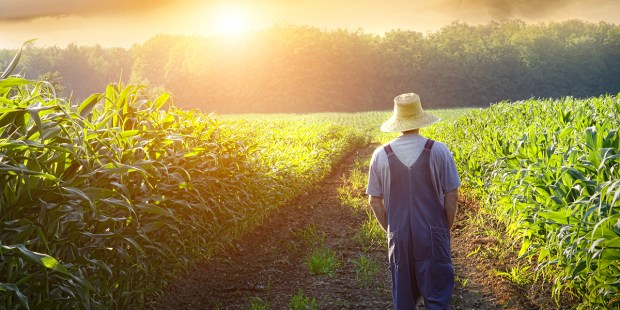 Today is one. These special days of fasting were established very early on in the Church and are observed at the beginning of each season.

In the Western (Latin) Catholic Church there is an ancient liturgical tradition that revolves around the changing of the four seasons and consists of 3 days set apart for fasting and prayer. In Latin these days are referred to as Jejunia quatuor tempora (the fast of the four seasons), while in English they became known as “Ember Days” (from a corruption of the Latin word tempora). These special days of fasting were established very early on in the Church and consist of a Wednesday, Friday, and Saturday at the beginning of each season (Spring, Summer, Fall, and Winter). This year the Spring Ember Days fall on March 8, 10 and 11. There is even a catchy Latin and English phrase to remember when Ember Days take place, based on the feast days that occur during these four times of the year.

According to the Catholic Encyclopedia, Ember Days were established “to thank God for the gifts of nature, to teach men to make use of them in moderation, and to assist the needy.” Historically, ancient cultures were bound to the land and members of pagan religions would invoke their gods for protection over their crops. This was the case in Rome and so when the early Christians began converting pagans, they decided to sanctify these agricultural rituals to turn their hearts to the one true God.

Fasting four times a year was also a tradition adopted from the Old Testament.

Ordinations to the priesthood and diaconate were typically celebrated during Ember Days, and the faithful were urged to offer their fasting and prayers for those to be ordained.

Up until Vatican II Catholics were asked to mark these days with fasting and abstinence similar to that of Ash Wednesday and Good Friday (one primary meal and two lesser meals while abstaining from meat completely on Ember Friday and partially on Ember Wednesday and Saturday). However, the Sacred Congregation of Divine Worship came out with General Norms for the Liturgical Year and the Calendar in 1969 and gave local bishops the authority to adapt this custom to their region.

On rogation and ember days the practice of the Church is to offer prayers to the Lord for the needs of all people, especially for the productivity of the earth and for human labor, and to give him public thanks. In order to adapt the rogation and ember days to various regions… the conferences of bishops should arrange the time and plan for their celebration.

The USCCB decided to revise the celebration and removed the obligation to fast as well as their place on the calendar.

Vigils and Ember Days, as most now know, no longer oblige to fast and abstinence. However, the liturgical renewal and the deeper appreciation of the joy of the holy days of the Christian year will, we hope, result in a renewed appreciation as to why our forefathers spoke of “a fast before a feast.” We impose no fast before any feast-day, but we suggest that the devout will find greater Christian joy in the feasts of the liturgical calendar if they freely bind themselves, for their own motives and in their own spirit of piety, to prepare for each Church festival by a day of particular self-denial, penitential prayer and fasting.

In the General Calendar Ember Days no longer have an official place within the liturgy, while in the Extraordinary Form of the Roman Rite as well as the Anglican Ordinariate, they are preserved and continue to be celebrated. Priests are still allowed to offer a Mass for “Various Needs and Occasions” and within the Roman Missal there are specific Masses for “At Seedtime,“ “For Sanctification of Human Labor,” “After the Harvest,” and “For Fine Weather.”

Ember Days are a beautiful celebration of God’s providential care over nature. In an age when we are trying to get back in touch with the natural world, it may be worthwhile to revisit this ancient custom and freely celebrate it in gratitude to the Creator of all.