A search engine that plants a tree every time you click 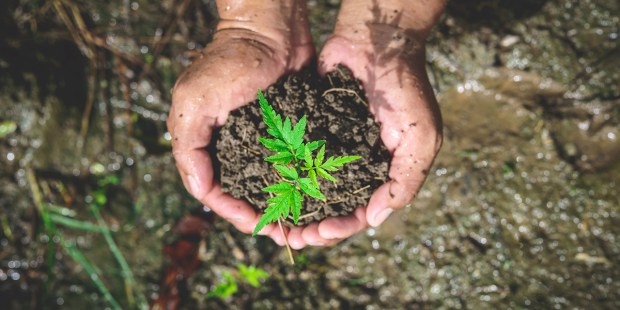 Think Google is the only search engine out there worth using? Here’s an alternative that not only lets you to access what you need on the internet but makes a difference while you’re at it. Ecosia is its name, and while it works like any other search engine, 80 percent of its profits from search ad revenues go toward tree-planting programs in different parts of the world. In other words, every time you click, you’re making the planet a little greener.

Ecosia, which was founded in 2009 and is based in Berlin, Germany, say it chose trees because they are “nature’s high-impact home remedy.”

Trees are extremely important to the planet’s health. According to Ecosia, they absorb CO2, one of the main drivers of climate change; they protect soil from erosion and create fertile land; they produce oxygen and increase ground water levels; and in greater numbers they turn into forests, which can be sustainably harvested. Some 1.6 billion people rely on healthy forests for their livelihoods.

A small group of internet users have already planted more than 6 million trees just by using Ecosia as their default search engine. And users can check to make sure the profits are going where they’re supposed to because Ecosia publishes monthly reports and tracks how many trees are being planted through the programs it supports in different parts of the world. Right now, those programs are in Peru, Madagascar, Indonesia, and Burkina Faso.

Madagascar, for example, which is probably the world’s leading hot spot in terms of biodiversity, has lost 90 percent of its forests. Ecosia’s partner, Eden Restoration Project, has hired local villagers to re-plant the trees so wildlife can return to the vast island nation off the southeast coast of Africa.