The most popular cities for Americans today 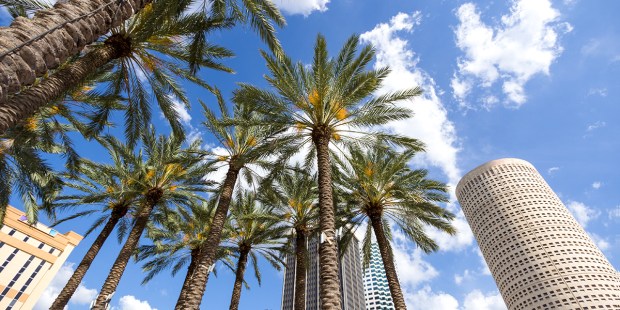 Can you guess the number one city that people are moving to in the United States? According to a recent study by Realtor.com reported in Forbes, it’s Tampa, Florida.

Using information from its own database as well as data from Moving.com and from the Census Bureau for the years 2009-2013, Realtor.com was able to come up with a list of the top 10 cities people are moving into and out of. The results were not a big surprise to anyone tracking places where there’s a lot of job creation, but it’s still interesting to note how smaller cities in the South seem to be getting the most love.

Tampa is actually one of three Florida cities that came out on top. Jacksonville and Orlando also made it into the top 10. The state is popular because it has no income tax, housing prices are relatively low, and there is strong job creation.

Texas and North Carolina also factored high on the list for their very desirable cities. San Antonio and Austin came out on top in the Lone Star state and Raleigh and Charlotte were ranked high because of being top spots for new job creation on the east coast.

“In particular Raleigh, because of the research triangle area, there’s quite a bit of high tech job creation and job growth there,” said Realtor.com chief economist Jonathan Smoke. “But a lot of young people are coming out of universities in or near those cities. Enjoying the quality of life, and seeing the job opportunities.”

Other cities in the top 10 are Las Vegas, Portland (Oregon), and Nashville.

So, where is everyone moving from?

Realtor.com created a gallery of the 10 cities people are moving into and out of and you can see it on Forbes.