Where are most refugees really moving to? 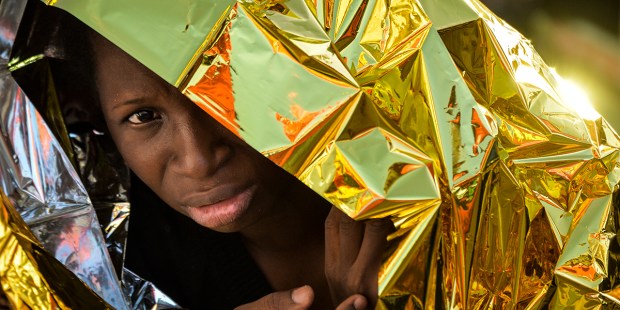 Andreas Solaro/AFP
A woman wrapped in a survival foil blanket looks on aboard the Topaz Responder ship run by Maltese NGO Moas and the Italian Red Cross during a rescue operation of migrants and refugees on November 3, 2016, off the Libyan coast in the Mediterranean Sea. / AFP PHOTO / ANDREAS SOLARO
Share
Print
Alvaro Real and Daniel Esparza - published on 03/13/17

Countries with the fewest economic resources receive the highest numbers of refugees, worldwide.

At first sight, claiming countries with the fewest economic resources receive the highest numbers of refugees might seem an intemperate statement. But the truth is the majority of refugees look for places near their countries of origin as their temporary shelter, making it easier to go back to their own homes, once possible. Often, such neighboring countries happen to be impoverished ones. But such countries — those with the fewest economic resources — are often the ones that happen to be most willing to received displaced people in the world, as explained in an article recently published on solidaridad.net.

Ethiopia, Kenya, Chad, the Democratic Republic of Congo and Uganda might be among the poorest countries in the world, but they happen to be rich in solidarity: they are all in the top 10 refugee-friendly countries across the world, according to Amnesty International. These five African countries alone have received more than two and a half million refugees, according to data published by AfricaNews.com. Along with Jordan, Lebanon, Pakistan, Iran and Turkey, these five African nations are home to 50 percent of the global refugee population. That is to say, a mere 10 out of the world’s 193 countries host half the whole global number of refugees.

According to data, Turkey is the world’s most  supportive country, home to around three million, mostly Syrian, refugees. Pakistan is in second place, with 1.6 million refugees. Lebanon is in third place, with one million and a half refugees. Iran is fourth, with almost one million refugees living there. Some of these countries have been left with such great responsibilities just because they happen to be neighbors to an ongoing crisis, but the situation is obviously unsustainable, as the vast majority of refugees are hosted by low and middle-income countries.