Jesus is not afraid. He never hesitates before a person out of prejudice. 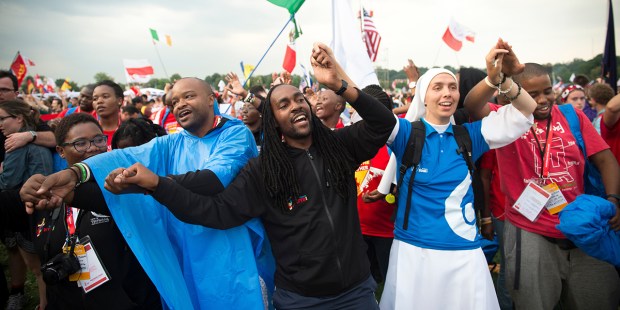 Today’s Thought from the Pope

Today’s Gospel presents Jesus’ encounter with the Samaritan woman in Sicar, near an old well where the woman went to draw water daily. That day, she found Jesus seated, “wearied as he was with his journey” (Jn 4:6). He immediately says to her: “Give me a drink” (v. 7). In this way he overcomes the barriers of hostility that existed between Jews and Samaritans and breaks the mould of prejudice against women. This simple request from Jesus is the start of a frank dialogue, through which he enters with great delicacy into the interior world of a person to whom, according to social norms, he should not have spoken. But Jesus does! Jesus is not afraid. When Jesus sees a person he goes ahead, because he loves. He loves us all. He never hesitates before a person out of prejudice. Jesus sets her own situation before her, not by judging her but by making her feel worthy, acknowledged, and thus arousing in her the desire to go beyond the daily routine.