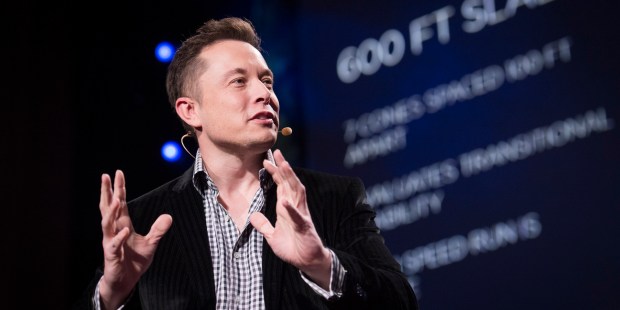 According to a Wall Street Journal report, Musk launched a company called Neuralink Corp which would connect computers to human brains through the use of tiny electrodes which would be implanted in the brain. The electrodes using “neural lace” technology would be able to then upload or download thoughts, according to the report.

Neuralink is registered as a medical research company in California, according to engadget.com, and plans to use the technology, at least initially, to treat diseases like epilepsy, Parkinson’s or depression.

If the prototype is safe and successful though, expect the technology to be applied to the goal of improving human intelligence with the help of computers. Musk told Maureen Down in Vanity Fair last month, “We’re already cyborgs. Your phone and your computer are extensions of you, but the interface is through finger movements or speech, which are very slow.”

“For a meaningful partial-brain interface, I think we’re roughly four or five years away,” said Musk.

Read more…Transhumanism: 5 characteristics of the contemporary race against death