So, what are you reading, Anthony Sciglitano? 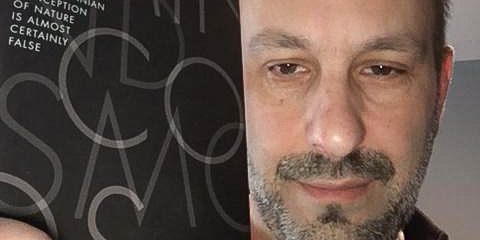 A professor of religion cites a title we’ve heard a lot of, lately.

Aleteia loves books but recognizes that a world busy with social media doesn’t afford many prompts to that old conversation-starter, “Read any good books lately?” So, we’re asking it in this space. Today, we hear from Anthony Sciglitano, an associate professor in the Religion Department at Seton Hall University.

“I am currently reading a number of books, among them Thomas Nagel’s Mind and Cosmos: Why the Materialist Neo-Darwinian Conception of Nature Is Almost Certainly Wrong. How could one not read it with a title like that!”

Perhaps no one has more to read than a university professor, so Nagel’s book has been a much-desired, but long delayed treat. “Seriously, I’ve wanted to read this for some time as Nagel is a well-respected philosopher taking a controversial position against what he calls materialist reductionism. Nagel himself is an avowed atheist who nevertheless thinks that to make sense of nature is to conceive it as, from the beginning, imbued with or directed towards mind. In other words, he rejects the idea that conscious creatures who can know their world result from merely accidental physical/chemical causes over time. Now while he rejects materialist reductionism (e.g., Daniel Dennett, Richard Dawkins) and so the New Atheists, he also believes that traditional theism cannot provide for the explanatory needs of the physical world as we know it. So he opts for a kind of idealist monism. So, there it is!”

Curiously, that Nagel title has come up twice here at Aleteia in recent days. Perhaps the Holy Spirit is giving a nudge?