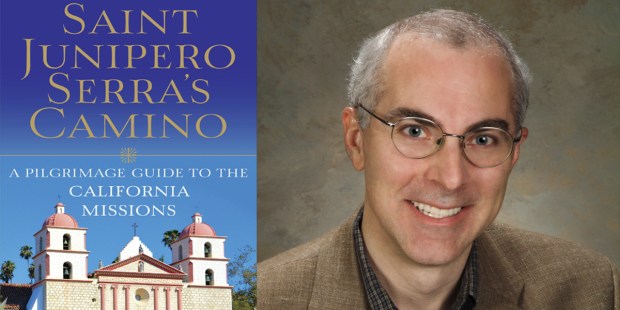 Can’t make the Camino in Spain? How about the beautiful one in California?

Not everyone is lucky enough to walk the Camino de Santiago through Spain, but did you know America has a camino all its own, and you don’t have to hoof it? Author Stephen J. Binz explores this in his new book Saint Juniper Serra’s Camino: A Pilgrimage Guide to the California Missions, and did a fast take on it with Aleteia:

What inspired the book?

After Pope Francis announced his intention to canonize Father Serra as an inspiration for missionary discipleship, I started reading the new biographies of Serra, which then led me on a personal pilgrimage to all 21 missions along the coast of California. After taking lots of notes and photos, I was inspired to write a pilgrimage guide to encourage this experience for many.

If you could give this book another title, what would it be?

I would title the book America’s New Pilgrim Way because the 21 missions along California’s coastline form an American camino, attracting today’s seekers. While it’s best to travel this camino by car or tour bus rather than on foot, the way can be a true pilgrimage by incorporating the Scriptures, litanies, and prayer services along with a study of each of the missions that I’ve provided in the book.

What story or anecdote in this book most personally resonated with you?

At Mission San Juan Bautista, known as the Mission of Music, the Franciscan pastor had obtained a hand-cranked barrel organ as a gift from Captain Vancouver, a British explorer. The missionary lugged this instrument out to the Native settlements, and when he began to crank out the cheerful tunes, his listeners were so delighted, that they gathered to listen to him preach the gospel and followed him back to the mission. One day, a tribe of warring Tulare Indians swooped down on the mission and the Christian Indians at the mission ran for cover. Fortunately the padre kept his wits, brought out the barrel organ, and began cranking. The mission Indians caught on and began to sing with the music at the top of their voices. Their foes were so entranced that they lay down their weapons and demanded more music, even asking to stay so they could continue enjoying the music. The barrel organ, with its 46 wooden and metal pipes, is in the museum of the mission and still sounds when the crank is turned.

Did writing this book teach you anything?

First, by reading the original letters and documents from the mission era, I learned that Saint Junipero was a great defender of the Native peoples from the frequent abuses of the Spanish military and that the Native peoples loved him dearly. Second, I grew to understand how the Franciscans respected the art, music, and spirituality of the Native peoples, using their gifts as a foundation for blessing them with the gospel of Jesus Christ.

If there is one person you want to reach with this book, who would that be?

I hope this book will reach the hands of seekers, people who are searching for faith but believing the common myth that religion has only left devastation in its footsteps. Here are two questions I ask in the book: Can the divine sparks still alive from missionary California come to flame today to bring about reconciliation and abundant life for the people of this land? Can the missionary past be transformed into something new that speaks powerfully and challenges the era in which we live? The sacred grounds of the missions and the intercession of Saint Junipero Serra can kindle the work of God’s Spirit anew.

What is the ideal beverage to have in hand while reading your book?

Definitely a glass of California wine, knowing that the missions developed the first vineyards and wineries of this booming industry. The missions contain wine vats, wine cellars, and even descendants of the original grape vines.