A 2,500-year-old Greek god has been found in the depths of the Black Sea 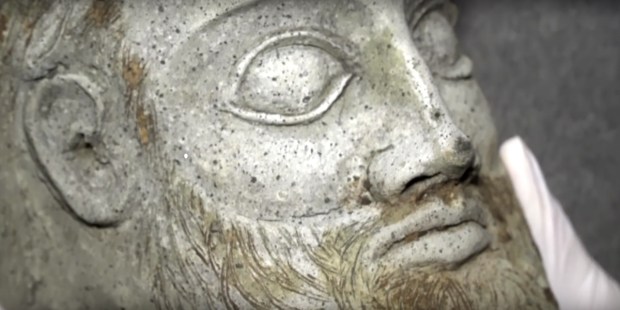 In Kerch Bay, in the strait that occupies the east coast of the Crimean peninsula, where the Black Sea meets the Sea of Azov, a group of Russian builders are working on a bridge that will eventually join the two coasts. But as the workers were moving land on the seabed in order to place the bridge’s foundations, they came across an exceptional find: the head of a 2,500-year-old terracotta statue of a Greek god.

Sergei Olkhovskiy, head of the underwater archaeology unit of the Russian Academy of Sciences wrote on the website of the Crimean Bridge Information Center that “This finding is unique on the northern coast of the Black Sea (…) we believe this head was made in Asia Minor around the 5th century BC,” according to the note published by David Ruiz Marull in the Spanish journal El País.

The archaeological study of the newly discovered “pottery field” began about two years ago, when the bridge was being designed. Since then, underwater excavations have collected more than 60,000 pieces (most of them fragments of ceramic vessels made in the Mediterranean and Asia Minor between the 5th and 3rd centuries BC).