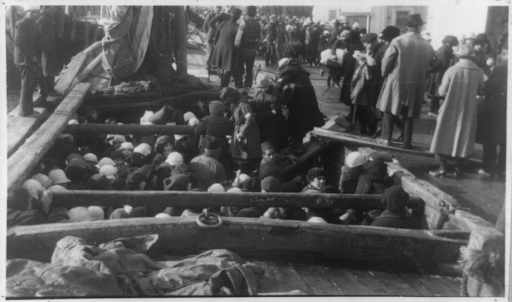 VATICAN CITY — Why did Pope Francis’ controversial comments on Sunday about the “Armenian Genocide” cause such a furor in Turkey?

To help understand the true history behind the 1915-16 atrocity, Aleteia interviewed the German historian and author, Dr. Michael Hesemann, who was in Rome for Sunday’s Mass in St. Peter’s Basilica commemorating the 100th anniversary of the genocide, otherwise known as Metz Yeghern [the Great Evil].

The atrocity involved the Ottoman government’s systematic extermination of its minority Armenian subjects inside their historic homeland which lies within the territory constituting present-day Turkey. The total number of people killed in what is also known as the Armenian Holocaust is estimated at between 1 and 1.5 million.

In a new book entitled, The Armenian Genocide [Völkermord an den Armeniern], Hesemann reveals for the first time the content of never-before-published documents on “the greatest crime of World War I,” and how Pope Benedict XV and Vatican diplomacy tried to stop the deportations of the Armenians into the Syrian desert, save the victims and prevent the massacre of an entire people.

In this interview, Hesemann shares his findings, which include evidence of Masonic involvement, and expresses both his admiration for Pope Francis for drawing attention to the genocide of Christians and ethnic minorities, and his disappointment over the absence of the German Ambassador to the Holy See at Sunday’s commemorative Mass.

Dr. Hesemann, what led you to write a book on what documents contained in the Vatican Archives reveal about the Armenian Genocide?

Actually it was a kind of coincidence. I work as an historian for the “Pave the Way Foundation” in an intensive study of all the aspects of the life of Eugenio Pacelli, the man who eventually became Pope Pius XII.

From 1917-1925, Pacelli was Nuncio in Munich, so I went through the files of the Apostolic Nunciature in Munich, only to discover one folder with the title “Persecution of the Armenians”.

I opened it and found a letter of the Archbishop of Cologne, Cardinal von Hartmann, to the Chancellor of the Reich, Graf (Count) Härtling, in which he calls the persecution of the Armenians “not less brutal than the persecutions of the Christians in the first centuries of Christianity.” The Archbishop requested an urgent German intervention, unfortunately in vain.

In the same file I found a copy of a letter written by Pope Benedict XV to the Sultan, asking for mercy for the innocent Armenians. These documents both touched me and aroused my curiosity. I felt I had just touched the tip of an iceberg and was sure I would find more data, and indeed I did — some 2500 pages so far.

I soon realized that no historian had ever worked with most of these documents, and that all this information was obviously unknown even to the leading experts on the Armenocide.

Given the importance of their content, I decided to write a book, putting the documents in the context of what we already know about the events of 1915-18.

What was the most surprising and unexpected insight you discovered in the Vatican Archives about the Armenian genocide?

The most surprising insight was that the Armenian genocide was in fact just part of a bigger plan — the extermination of all non-muslim minorities in the Ottoman Empire.

The ruling “Young Turk” movement came in contact with European ideas of nationalism and the concept that only a homogenous state can be a strong state. That is why they believed that the weakness of the Ottoman Empire was caused by its multi-religious and multi-ethnic character.

They wanted to “heal” this “weakness” by eliminating all foreign elements, which first meant the Christians who numbered 19% of the population in early 1914. Besides the Armenians, also Aramaic and Assyrian Christians, Catholic and Greek Orthodox Christians were persecuted and murdered.

The Turkish claim of a conspiracy between Russia and some Armenian leaders was nothing but a lie to justify those measures. If that were really the case, why did they kill innocent women and children, too? And why didn’t they spare the other Christian groups, which were never under suspicion? Indeed, the Turkish Secretary of the Interior, Talaat Bey, quite frankly told Johann Mordtmann of the German Embassy, according to a report to Berlin: “The (Turkish) government uses the war to get rid of our internal enemies — the indigenous Christians of all denominations — without diplomatic interventions by foreign nations.”

This is also what we read in some of the Vatican documents, e.g. a report written by Fr. Michael Liebl, an Austrian Capuchin missionary, who learned in Samsun: “Not the Armenians, the Christians were sentenced (to death) at a secret meeting of the Young Turks 5 or 6 years ago in Thessaloniki.”

What measures did Benedict XV take diplomatically to help save the Armenians from deportation into the Syrian desert?

Already in June 1915, the Vatican had a vague idea of what had happened in Eastern Anatolia. One month later, there was no doubt about the horrible massacres carried out against most of the male Armenian population. For the whole of August 1915, Msgr. Dolci — the Apostolic Delegate in Constantinople — did everything humanly possible to interfere diplomatically — without any success.

When drastic reports reached the Vatican in September 1915, Pope Benedict XV wasted no more time and decided to act. He sent an autograph to Sultan Mehmet V, pleading for mercy for the Armenians. The Turks refused even to receive it. For two months, Msgr. Dolci tried everything to present it to its addressee, but it was not received by the Sultan.

Only when he asked both the German and the Austrian ambassador for help was he granted an audience. When another four weeks later the Sultan answered, most of the deportations were already completed. All promises of the Turks to end the massacres or spare one group or the other — or to let them return home — turned out to be lies.

In December, Pope Benedict referred to the failure of any diplomatic intervention in his allocution to the Cardinals at the Consistory of December 6, 1915. In it, he spoke of “those sorrowful people of the Armenians, almost completely driven into their extermination.”

In June 1916, the Armenian Catholic Patriarch had to inform the Holy See: “The project of the extermination of the Armenians in Turkey is still going on. (…) The exiled Armenians … are continuously driven into the desert and there stripped of all vital resources. They miserably perish from hunger, disease and extreme climate. (…) It is certain that the Ottoman government has decided to eliminate Christianity from Turkey before the World War comes to an end. And all this happens in the face of the Christian world.”

Why is this only coming to light now?

Well, good question. Of course, the files from the pontificate of Benedict XV have only been open since the 1990s. Besides this, not too many historians have access to them. And perhaps just nobody had any idea what he would find there — it’s only a guess.