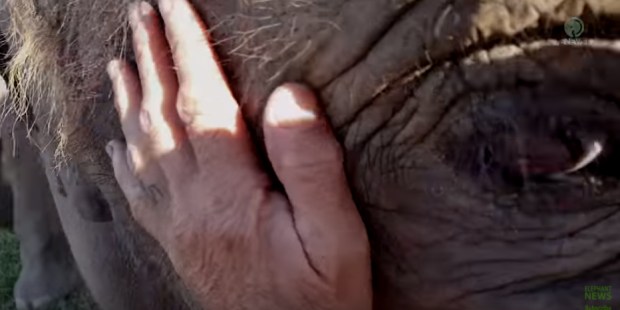 A poignant case of interspecies friendship

Kham La is a young elephant, only six years old, born back in 2011. Elephant years are not that different from human years, so you can tell she’s still a child. Her Thai name translates as “darling,” and it suits her like a glove.

Being separated from her mother at an early age, she was domesticated and eventually put to work as a performer in an elephant show. Thankfully, she was soon rescued and moved to her current home at the ENP, Elephant Nature Park, in Chang Mai province, a natural area that serves as a shelter for many rescued animals, from elephants to cats, buffaloes and dogs. There, she was reunited with her mother, but also had the chance to meet a new human friend: Darrick, a tractor driver who works in the park.

As seen in the video, every time Darrick drives over to where Kham La is in his daily rounds, she runs towards him, followed by her friends. If what Kham La feels for Darrick is not love, at least it really looks like it.

You can read the whole story, published by Slate, here.