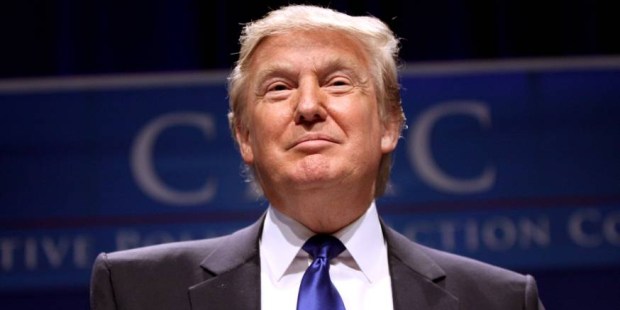 Six weeks after failing to pass a bill repealing the Affordable Care Act, the House of Representatives narrowly passed a bill that would knock out key pillars of the 2010 legislation known as “Obamacare.”

But proponents of reform still face an uphill battle in the Senate and any reconciliation between possible differences before any such legislation can land on President Trump’s desk.  With Republicans holding a slim majority in the Senate, it did not bode well when a handful of senators immediately rejected the AHCA Thursday and said they would start work on a new version of the bill virtually from scratch.

The House bill, according to the New York Times, would eliminate tax penalties for people who go without health insurance, the so-called “individual mandate.” It would roll back state-by-state expansions of Medicaid, which covered millions of low-income Americans.

In place of government-subsidized insurance policies offered exclusively on the Affordable Care Act’s marketplaces, the bill would offer tax credits of $2,000 to $4,000 a year, depending mainly on age. A family could receive up to $14,000 a year in credits. The credits would be reduced for individuals making over $75,000 a year and families making over $150,000.

National Public Radio summarized the new bill’s contents. Aside from eliminating the individual mandate, the American Healthcare Act would eliminate nearly all the taxes that were included in the Affordable Care Act to pay for the subsidies that help people buy insurance, and maintain protections for people with pre-existing conditions, with some exceptions.

And CNN noted that the bill would allow states to relax some key Obamacare protections of those with pre-existing conditions:

States could apply for waivers to allow insurers to offer skimpier policies that don’t cover the 10 essential health benefits mandated by Obamacare. Also, insurers would be able to charge higher premiums to those with medical issues if they let their coverage lapse. States requesting waivers would have to set up programs—such as high-risk pools—to protect insurers from high-cost patients.

The Christ Medicus Foundation hailed the House’s passage of the bill, saying it “begins the process of increasing meaningful medical access for individuals and families across the country by returning focus to the doctor-patient relationship.”

“We must also remember that health sharing ministries play an important part in this process and should be included and protected in any new legislation moving forward,” said Louis Brown, director of the organization, which sponsors a Catholic faith-based healthcare cost-sharing ministry, an alternative to insurance that has become more popular as many Christians and others seek an ethical alternative to “Obamacare.”

The chairman of the U.S. Bishops’ Committee on Domestic Justice and Human Development, however, called on the Senate to strip out what he sees as harmful provisions of the bill before the vote in the upper chamber.

“Even with efforts to improve the bill before passage, the American Health Care Act still contains major defects, particularly regarding changes to Medicaid that risk coverage and affordability for millions; it is deeply disappointing that the voices of those who will be most severely impacted were not heeded,” said Bishop Frank J. Dewane of Venice, Fla. “The AHCA does offer critical life protections, and our health care system desperately needs these safeguards. But still, vulnerable people must not be left in poor and worsening circumstances as Congress attempts to fix the current and impending problems with the Affordable Care Act.”

Bishop Dewane urged the Senate to “act decisively to remove the harmful proposals from the bill that will affect low-income people—including immigrants—as well as add vital conscience protections. … Our health care policy must honor all human life and dignity from conception to natural death, as well as defend the sincerely-held moral and religious beliefs of those who have any role in the health care system.”