Pope Francis offers “Golden Rose” to Our Lady of Fatima 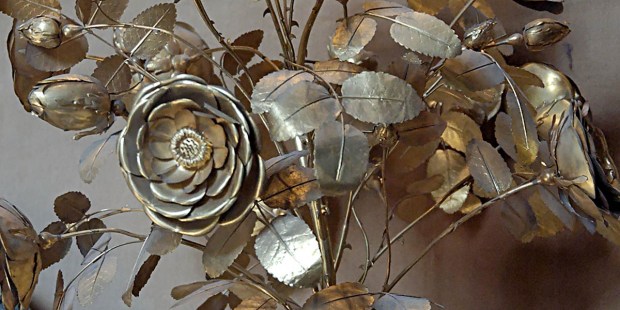 The gift exclusively given by popes on a Marian visit

FATIMA — During his visit to the Chapel of the Apparitions, on the eve of the 100th anniversary of Our Lady’s appearance to three shepherd children at Cova da Iria, Pope Francis presented Our Lady of Fatima with a “golden rose.”

The “golden gose” is a gift given exclusively by Supreme Pontiffs on a Marian visit.

The “rose” presented by Pope Francis is made of 925/°°° silver, and composed of a base in pink marble, on which there rests a silver vase with the papal coat of arms, holding the stems with three roses and leaves. It is around 52 cm (20.5 in) high and weighs approximately 1,200 g (2.6 lb).