He failed (and had to fire 400), then tried again, employing thousands 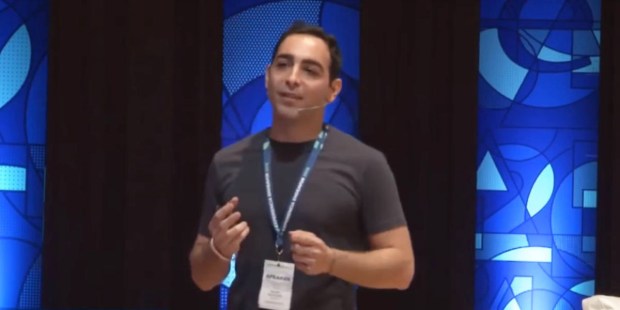 Managing to overcome setbacks is part of the equation for successful entrepreneurs, including Matías Recchia.

An estimated 96 percent of businesses fail within the first 10 years of operation. But failure does not mean giving up on dreams, and the great entrepreneurs of all times like Ford, Disney, and Jobs have managed to overcome the setbacks and get ahead.

Matías Recchia is Argentine. He studied at Harvard, where he met young people with entrepreneurial potential from all over the world. With some fellow students from the region, he participated in the founding of Vostu in 2007, a social gaming company that came to be considered among the most promising ventures globally. But in 2012, the enterprise that had reached 580 people began to fall apart.

Recchia then had to fire 400 people. But as happens to every entrepreneur in the world, he couldn’t afford to throw in the towel, so he started over. He came up with Iguana Fix, a virtual platform that seeks to connect households that need a service with possible providers. The platform is available today in Argentina, Mexico, Brazil and Uruguay.

The platform allows users to pay a service fee at a pre-established price, and to accurately schedule the date and time of the visit. Among the services that can be contracted are painting, plumbing, air conditioning, electricity, masonry, computer assistance, etc. And in some places, the platform connects automobile owners with mechanics, body shops and other services.

According to the website TN.com, Iguana Fix has facilitated the exchange of 35,000 services a month, earning praise from Recchia’s alma mater, Harvard. Recchia says he’s also been able to help others to build their own businesses, citing a carpenter who, thanks to the clients he met through IguanaFix who hired him to build furniture, set up his own company with eight employees.

Considered a sort of Uber for repair services, Iguana Fix is valued at more than $100 million, and employs 120 people in the region. A recent private study quoted by the newspaper Clarín says that it is one of the 23 “startups” with great potential in Argentina.

But it is still too early to know whether or not it will be Recchia’s last project, he himself assures TN.com.ar. Uncertainty is a given among all entrepreneurs, in the digital world or in any other field, in addition to a great deal of confidence.

However, those who have founded companies with high added value for society, both for the solutions they offer and for the jobs they generate, agree on the same thing: do not be afraid of failure, and if it arrives, it must be overcome.

“I think it’s important to have a good failure when you’re young,” said Walt Disney, who was thrown out of a job at age 22 for not being creative. Later, he was told that Mickey Mouse would scare audiences … Today the company he founded employs more than 180,000 people around the world.