The cat who “wrote” on a 15th-century manuscript 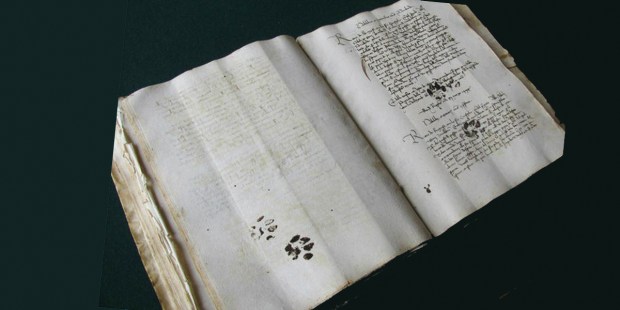 Cat owners are not surprised.

While going through the delicate pages of an early Renaissance manuscript at the University of Sarajevo, professor Emir O. Filipovic, a lecturer on Medieval Bosnian history, discovered several pages of the text were stained with what appeared to be the inkprints of a cat, as read in this article published by National Geographic back in March 2013. It seems while the copyist took a break, the cat must have jumped on to the desk, spilled the ink jar and then simply walked on the paper. The Renaissance equivalent of having the cat walking on the computer keyboard.

The scholar took a picture of the folio, with the intention of showing it to his peers and friends. He sent it to a colleague via Twitter in September 2012 and, for reasons only the internet understands, the image went viral a year later.

While the image itself is a good meme, the important thing is that this kind of curiosity sparks the interest of many young people (be they scholars or not) in medieval and Renaissance studies. And kittens, of course. Lots of kittens.