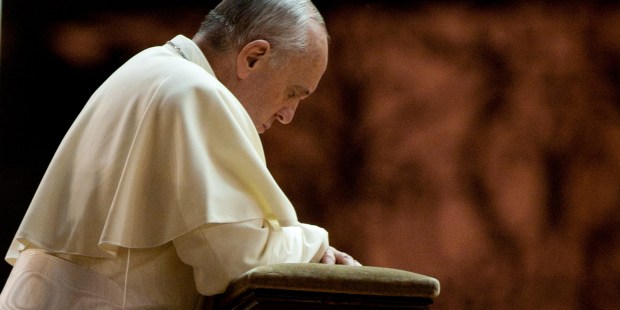 Pope Francis expresses his condolences to the grieving families, and the nation, following Monday’s “barbaric attack” in Manchester

VATICAN CITY — Pope Francis today sent his condolences to the grieving families of those who died in Monday’s terrorist attack in Manchester arena, which has left 22 dead and over 50 wounded.

Here below is the telegram sent by Vatican Secretary of State, Cardinal Pietro Parolin, on the pope’s behalf.

His Holiness Pope Francis was deeply saddened to learn of the injury and tragic loss of life caused by the barbaric attack in Manchester, and he expresses his heartfelt solidarity with all those affected by this senseless act of violence. He commends the generous efforts of the emergency and security personnel, and offers the assurance of his prayers for the injured, and for all who have died. Mindful in a particular way of those children and young people who have lost their lives, and of their grieving families, Pope Francis invokes God’s blessings of peace, healing and strength upon the nation.