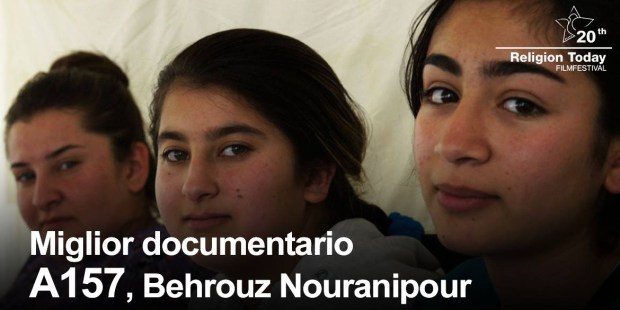 Spiritual cinema is no longer a teenager.

The northern Italian town of Trento, once home to one of the most decisive Catholic Councils in the history of the Church, has also hosted the Religion Today Film Festival for 20 years. The festival is a pioneering initiative, as year after year it intends to present the audience with the possibility to approach different religions and spiritual traditions through film.

After two decades, the festival is no longer a child, and it has managed to bring high-quality, touching, deep films to local movie theaters. This year, for instance, the festival’s lineup included Katia Bernardi’s documentary Il tempo del silenzio, and films such as Vedete, sono uno di voi by Ermanno Olmi and The Chop, a short film by Lewis Rose about a charismatic Kosher butcher who loses his job and decides to pose as a Muslim, to find another job in a Muslim Halal butchery.

This year the festival reminds us how the world has changed since 1997: from 9/11 to Benedict XVI’s resignation; from religion being discussed and exposed in social networks to the novelty of Pope Francis’ papacy; from religious violence to the rise of interreligious dialogue.

Katia Malatesta, the director of the Festival, explained to Aleteia that this festival is a fantastic opportunity to “explore the richness of the solutions with which religious phenomena are interpreted today” and, because of that, it allows us to “value the potential of the seventh art to teach us to look with the eyes of others.”

Simone Semprini, the co-director of the Festival, added that cinema is an “ideal” instrument to “break stereotypes, unfair and offensive generalizations and to better understand spiritualities, cultures and mentalities.”

If you want to know more about the festival and the films included in it, check the Festival’s website here. And make sure you watch the trailer for The Chop below!