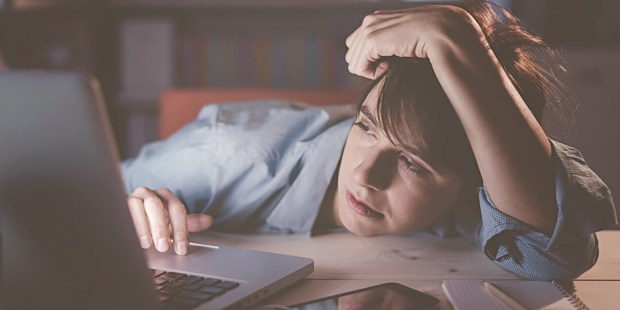 If you always wait for the “perfect” moment, it will never get done. Here’s how to let go!

When I was young, my parents told me that any job worth doing was worth doing well. I took their advice to heart and approached many a hard task growing up with an all-or-nothing attitude. If I couldn’t do it well, I avoided doing it at all. After all, I thought that a job done halfway meant certain disaster.

My dad and mom certainly weren’t the first parents to give that advice. In fact, the idea of only making a commitment if you’re prepared to follow through wholeheartedly can be traced all the way back to 1746. Over the period of 30 years, Philip Stanhope, the fourth Earl of Chesterfield, wrote over 400 letters to his son about how to live well. To make a good impression in the world, Stanhope advised, “In truth, whatever is worth doing at all, is worth doing well; and nothing can be done well without attention: I therefore carry the necessity of attention down to the lowest things.”
And while the advice was given with good intentions, I took my parents’ words to the extreme. Anxiety over doing something perfectly began to hold me back back from accomplishing any of my goals. My approach to tough tasks followed me into college. I found myself faced with large projects within weeks of class starting. But I convinced myself that I might as well not start until I was sure that it would be perfect. I poured everything I had into student organizations, not allowing room for shared responsibility with other students. I was going to give 110 percent of myself, even if it drained me in the process.

Read more:
This CEO is teaching girls to be comfortable with imperfection (VIDEO)

So when I came across a TEDx lecture given by Olivia Remes of the University of Cambridge, Remes’ advice on how to cope with anxiety struck a chord with me. In the talk, she discussed strategies and coping resources that can help when you’re paralyzed by anxiety. The first piece of advice that she offered was simply to do a task badly. “Lowering your ideals of perfection and accepting that it’s okay to ‘do it badly’ is an easy way to avoid psyching yourself out and any subsequent avoidance behaviors,” she told the audience.

I was ready to try something different than always expecting perfection of myself. After all, the advice of doing everything well the first time around did more harm than good in my college career. That paper that had to be perfect before I even started? I spent so much time worrying about how to start that the deadline approached faster than I expected. The student organizations that I poured myself into suffered when I spent too much time theorizing how to improve instead of making tangible changes.
Expecting perfection the first time around can leave you paralyzed with anxiety and fear of failure. If we expose ourselves to challenges without holding ourselves to the standard of immediate perfection, we’ll be able to experience less anxiety and more action. Because you allow yourself a break from perfection, you’ll stop spending so much time second guessing or procrastinating and start acting.
This doesn’t mean that we get to continue to do things badly. “Anything worth doing is worth doing badly the first time,” G.K. Chesterton once wrote. But even though he allows for a learning curve, Chesterton’s words are not an excuse for poor efforts. Whether it’s picking a new restaurant or going out on a date, there will be times when the first try is far from perfect — and that’s okay. But we also have to learn from our mistakes and failed attempts. Giving ourselves a little reprieve from perfection the first time around allows us to see mistakes as opportunities instead of failures.
“Doing something badly frees you up to take action. So often we want to do something perfectly. We can’t start until it’s the perfect time, until we have all the skills. But this can be daunting and stressful,” Remes said. “So why not just jump into it? Do it however without worrying if it’s good or bad. This will make it that much easier to start something, and as you’re doing it badly, to finish it. When you look back, you’ll realize more often than not that actually it’s not that bad.”
The more that you allow yourself to face a challenge without the expectation of immediate perfection, the less anxiety will control your decisions.

Read more:
Perfectionism doesn’t look like we think it does