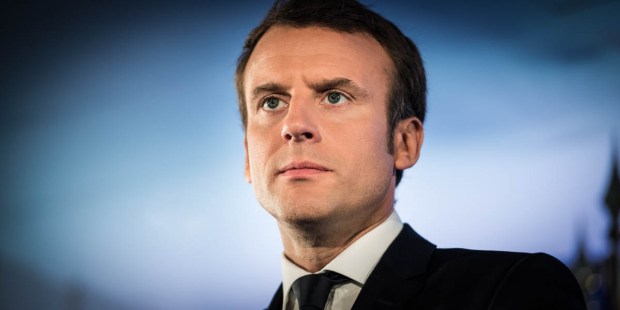 Monsieur le Président is officially “First and Only Honorary Canon of the Archbasilica of St. John Lateran.”

It’s official. French President Emmanuel Macron has accepted the title of First and Only Honorary Canon of the Archbasilica of St. John Lateran, the pope’s cathedral in Rome.

In spite of France’s secularist history since the Revolution of 1789, in receiving the title, Macron, elected as president in May, continues a centuries-old tradition begun in 1482 with French King Louis XI.

The tradition was renewed in 1604 when King Henry IV, having renounced Protestantism, donated the Benedictine Abbey in Clairac along with its income, to the pope’s basilica. As a token of its gratitude, the Lateran chapter created the canonical title to be bestowed upon the leader of France.

In commemoration, each December 13 (Henry IV’s birthday), a Mass is celebrated at the basilica for the “happiness and prosperity of France.”

Macron communicated his desire to accept the title in a letter to the Lateran chapter, and confirmed that he intends to travel to Rome to accept it in person, reported iMedia.

Former president Francois Hollande visited the Vatican three times, but never officially accepted his title as honorary canon, according to La Croix International, which reported that:

However, Georges Pompidou, François Mitterrand and François Hollande did not.

While honorary, the title does give the French president the right to give the apostolic nuncio in Paris his biretta (red cap) when he is made a cardinal. The tradition, however, was discontinued when the pope began conferring the honor himself.