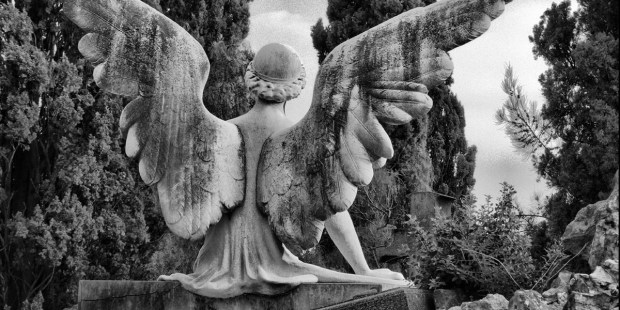 Early reports that perhaps as many as 20 dead. Shooter dead. Motive not yet known.

This is terrible news. Stories are just coming out concerning a shooting at the First Baptist Church in Sutherland Springs, Texas. The story is still breaking, so details are sketchy. Reportedly at least 20 — perhaps as many as 50 — are shot, including a 2-year-old child, but no word yet on whether anyone beyond the shooter is dead.

Early reports are always sketchy and must be taken with a grain of salt, but ABC News is currently reporting that 20 are dead, with 30 injured.

While the numbers are unconfirmed, it seems reasonable to assume that there are multiple dead among these people gathered for Sunday worship. Sutherland Springs, Texas is about 21 miles East of San Antonio, a very small town with a population of under 1000.

The church’s pastor, Frank Pomeroy tells ABC his 14yr-old daughter is among the dead.

The shooter is described as “a man in full gear” and we have people on the ground, civilians, making their reports on mobile phones. At this time, nothing else is known. We have no idea if this is a racially-motivated crime, or a case of religion-hate, or if it’s somehow tied to a larger terrorist connection.

Texas Governor Greg Abbott sent out a fast tweet, “our prayers are with all who were harmed by this evil act. Our thanks to law enforcement for their response.” He promised more details as they come.

Let us pray, immediately, for these people, and all victims of the senseless slaughter which seems to define our age.

Lord Jesus Christ, son of the Living God, have mercy on us, sinners. In the greatness of your compassion, have pity upon your people, gathered to worship in your name and so greatly and gravely accosted. Through the people of God let your consolation be made manifest to all who are in shock and grief. Protect the First Responders as they move with speed to protect and preserve the human lives which our heavenly Father did love into being. Steady the hands of medical professionals who work to help bring about your healing. We ask the prayers of all the angels and saints in your midst, and in ours. May the souls of the faithful departed, through the mercy of God, rest in peace, in your holy name, Amen.

Another prayer, from the Catholic Archdiocese of Washington, DC, to our Baptist friends: