Lent is almost here! Here’s what you need to know 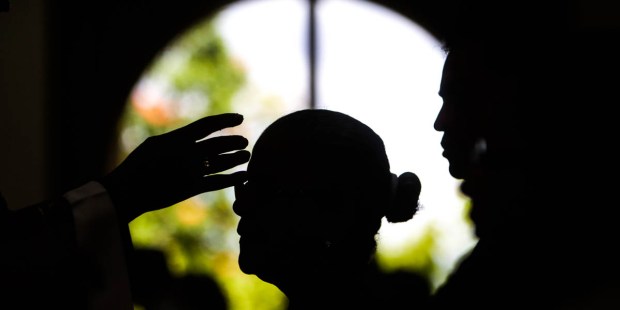 This year’s Lent begins much later than usual.

Each year Catholics (and many Christians) commemorate the season of Lent, a special time of preparation before the glorious celebration of Easter. It is a vital part of the liturgical year, but at times can be a bit confusing.

Here are the basics of what to look forward to during this year’s Lenten journey toward Easter.

According to the norms established by the Council of Nicaea (325 AD) and later adopted for Western Christianity at the Synod of Whitby, Easter Sunday falls each year on the first Sunday following the first full moon after the vernal equinox. This year the vernal equinox falls on Wednesday, March 20, 2019 and the first full moon after that occurs on Tuesday, April 19, 2019. Therefore, Easter Sunday is celebrated this year on April 21. If you want Ash Wednesday, just count backwards 46 days and you get March 6, 2019.

In imitation of Jesus fasting in the desert, the Church instituted a special season of fasting that lasts 40 days. However, the six Sundays in Lent are not considered part of the official “Lenten fast” (every Sunday is a special remembrance of the Resurrection of Christ). Also, Holy Thursday marks the official end of Lent and the beginning of the “Triduum” that culminates at the Easter Vigil. For this reason, Easter is “technically” 46 days after Ash Wednesday. This year Easter lands on April 21.

The three pillars of Lent are prayer, fasting and almsgiving

According to the Catechism of the Catholic Church, “The interior penance of the Christian can be expressed in many and various ways. Scripture and the Fathers insist above all on three forms, fasting, prayer, and almsgiving, which express conversion in relation to oneself, to God, and to others. Alongside the radical purification brought about by Baptism or martyrdom they cite as means of obtaining forgiveness of sins: effort at reconciliation with one’s neighbor, tears of repentance, concern for the salvation of one’s neighbor, the intercession of the saints, and the practice of charity ‘which covers a multitude of sins.'”

Lent is a time to practice these essential spiritual practices and clean out our interior house.

Ash Wednesday and Good Friday are days of fasting

From the USCCB, “Ash Wednesday and Good Friday are obligatory days of fasting and abstinence for Catholics … For members of the Latin Catholic Church, the norms on fasting are obligatory from age 18 until age 59. When fasting, a person is permitted to eat one full meal, as well as two smaller meals that together are not equal to a full meal. The norms concerning abstinence from meat are binding upon members of the Latin Catholic Church from age 14 onwards.”

Fridays have always been special days of prayer and penitence in the Church. The USCCB explains, “Catholic peoples from time immemorial have set apart Friday for special penitential observance by which they gladly suffer with Christ that they may one day be glorified with Him. This is the heart of the tradition of abstinence from meat on Friday where that tradition has been observed in the holy Catholic Church.”

Check out the article below for a complete explanation about why Catholics don’t eat meat on Fridays during Lent.

Read more:
Can I eat meat if Saint Patrick’s Day falls on a Friday?