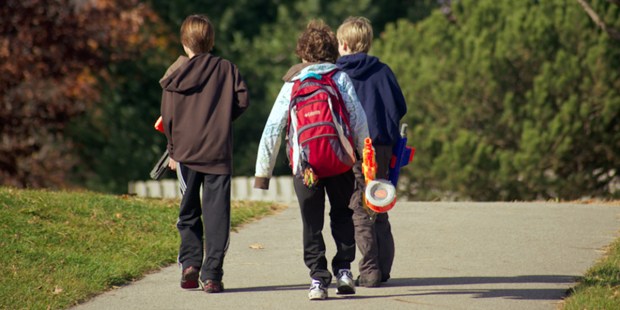 Where do you stand? Would you “free-range” parent your kids?

In 2015, Danielle and Alexander Metviv faced two allegations of child neglect for allowing their children to walk home from the local park without adult supervision, and they aren’t the only parents to face similar accusations. Now termed “free-range parenting,” many parents who have justified such decisions on the grounds of teaching their children self-sufficiency and independence have encountered subsequent accusations of abuse and neglect by concerned observers.

In response to such cases, Utah has recently passed bill SB65 clarifying permissible situations that should not be treated as cases of parental neglect. These include allowing children to walk to and from school, wait in parked cars while parents are inside, and frequent playgrounds unsupervised, if the child is at least 9 years-old, according to Yahoo.

“I feel strongly about this issue because we have become so over-the-top when ‘protecting’ children that we are refusing to let them learn the lessons of self-reliance and problem-solving that they will need to be successful as adults,” said State Sen. Lincoln Fillmore, who sponsored the bill.

The term was coined by Lenore Skenazy, writer of the blog Free-Range Kids, and her stance on parenting has in the past provoked some to title her the “World’s Worst Mom.” But she says, “We live in a fear-infused culture in which we’ve lost perspective on safety. […] Yes, anything can happen. But I hate the idea that imagination becomes the basis of law.”

Read more:
When Parenting Is Illegal