Why do we need religion in a globalized world? 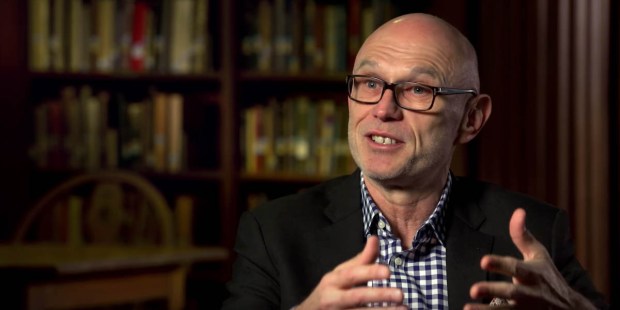 Aleteia talks to Miroslav Volf of Yale University’s Center for Faith and Culture.

Yale is an enchanting university that would remind many people of a scene from Harry Potter. This prestigious American university doesn’t limit itself to offering typical degrees such as law; it also offers theology classes, and a great deal of money is dedicated to investigating the role of religion in the globalized world.

Miroslav Volf, winner of the Grawemeyer Award from the University of Louisville, and founder and director of the Yale Center for Faith and Culture, welcomed us into his office at Yale to talk about the role of faith in public life. Volf, a native of Croatia, is convinced that globalization is an enormous opportunity for religions, and especially for the Christian perspective on life.

In his book Flourishing: Why We Need Religion in a Globalized World, published by Yale University Press, this professor and theologian defends the good life and expresses his faith that religions play a determining role in it.

For Volf, religions—far from being a “plague for humanity”—are carriers of ideals of human flourishing.

“Globalization passes through religions, and religions are within globalization,” he says.

Religions are not a problem

Miroslav Volf is a professor of Religion and Globalization, and he often interacts with students who ask him about non-religious beliefs. However, he focuses on the role of religion, which he describes as a global issue which requires attention. In his view, religions as such are not the problem; rather, they are an indispensable part of the solution.

Is globalization a good thing, from a Christian perspective?

“As a Christian who believes in Jesus Christ as the measure of authentic humanity and the incarnation of love for God and neighbor, my vision of globalization is the following: It is good if it helps me and others to participate in the character and mission of Jesus Christ, and it is problematic if it doesn’t help me.”

Volf holds that living only for “worldly realities” leads us to “a world of competition, social injustice, and environmental destruction, and is also an obstacle to a more just, generous, and welcoming life, with social sensibility.” The Yale professor summarizes his thought in several theses:

Theses regarding globalization and religions

• If man “lives on bread alone,” then there are no transcendent values, and globalization, whether in its abandoned communist form or in the current capitalist form, is principally occupied with “bread.”

• World religions articulate perspectives that create a new life (flourishing), and at the center is the divine, but they aren’t simply lubricants for the gears of globalization, as many people believe.

• Sometimes, religions have legitimized violence and impeded the progress of science and technology, but they aren’t sand in the gears of the processes of globalization, as many people fear.

• Globalization can contribute to improving the state of the world only if shaped by the perspectives of human growth and morality.

• Man does not live on bread alone. Although globalization runs on “bread,” the spiritual life of millions of people must not be underestimated.

• Globalization can help religions not to ally themselves with certain dangerous, particular etho-cultural identities, and can help them discover their genuine universality.

Professor Volf is a lead investigator in a Yale project, financed by the Templeton Foundation, studying the theology of joy and the search for the good life.