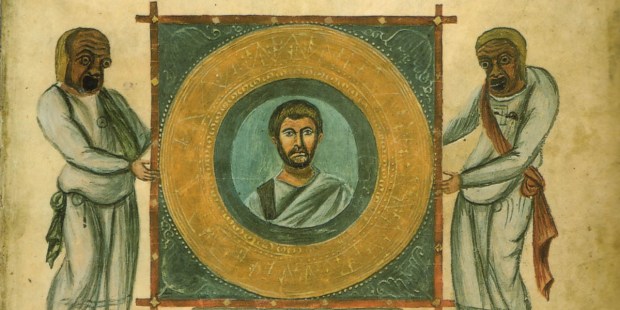 Explore a selection of digitized materials from their vast catalogue.

Archbishop Jean-Louis Bruguès, Prefect of the Vatican Library, announced on Wednesday the opening of the DigiVatLib, a shortening of digital Vatican Library. The Archbishop explained that over the last five years the Vatican Library has become involved in a vast undertaking to digitize the manuscripts belonging to its catalogue. Now, the fruits of their labors can be enjoyed by anyone with internet access, at no charge.

Once the tedious process of scanning all the individual pages of each manuscript is complete, the works are compiled and uploaded to their dedicated DigiVatLib website, where they can be viewed by the public. Currently they have about 15,000 of their collection uploaded and ready to view. If they keep pace at 3,000 uploads per year, they should have the whole library of 80,000 manuscripts scanned by 2041.

The prelate said that some of the documents that have already been uploaded come from their “reserve.” These documents are examples of the oldest and most important in their collection. While they are some of the most consulted, because of their age and condition, non-experts would rarely have an opportunity to examine them. As an added bonus, now that they can be viewed online, when experts need to refer to them in the future they will not have to risk damage or further deterioration of these important historical records.

Aside from manuscripts, DigiVatLib also features incunabula (early examples of printed books, published in Europe before 1501), archival materials and inventories as well as graphic materials, coins and medals, and other printed materials (special projects).

This project has many contributors, including the Polonsky Foundation, which is also involved in several other programs for the digitization of historical documents, and the Sanctuary of Culture Foundation, a group which is dedicated to the restoration, collection, study, preservation, research, and promotion of significant aspects of knowledge, culture, inter-religious exchange, and humanity, especially those related to the venerable institution of the Vatican Apostolic Library.

This article previously misidentified the Prefect of the Vatican Library under whose watch this project was undertaken. Thanks to Mons. Laurecne J. Spiteri for charitably offering corrections.